My granddaughter Avital, a mother of four, recently graduated nursing school in Petach Tikvah. I was very proud as I watched Avital ascend the platform to receive her diploma. She was one of thirty graduates – among them a number of Arab women and men.

Many thoughts filled my mind as I sat in the audience and watched Avital hug another graduate nurse at the conclusion of the ceremony. They had studied hard and worked together these past few years, and it seemed to matter not at all that Avital was a “settler” in the Shomron and this young lady was an Arab.


I listened to the speeches and marveled at the words of Torah coming from the non-observant master of ceremonies. Yes, the very air of Israel makes one wise. The words of our Torah are accessible to all who live in a country where the mother tongue is Hebrew.

I thought of the beautiful shopping mall I had just visited. Arab men and women mingle freely in every mall here, shopping to their hearts’ content. And I thought of what happens on the rare occasion a Jew so much as wanders into an Arab neighborhood. He’s lucky to escape with his life. Visit a mall? Impossible. And it hurts that the nations of the world don’t see it. Instead, they constantly blast Israel. Apartheid? They don’t know the meaning of the word.

As I have for many years, I accompanied my son Dovid and his children to the military cemetery on Mt. Herzl on Yom HaZikaron, Israel’s memorial day for fallen soldiers and victims of terror. First, as always, we went to the grave of Shlomo Aumann, a teacher of Dovid’s who was killed in 1982, in the first Lebanon war. Although he was Dovid’s 8th grade teacher in Chorev, he was so beloved that Dovid has never forgotten him and from the time he returned to live in Israel 18 years ago he has never missed going to Shlomo on Yom HaZikaron. Dovid spoke about him and the children played musical instruments, and many people came from nearby to listen.

Afterward we made our way to a classmate of Dovid’s from elementary school who together with his wife was murdered by Arab terrorists, to lone soldiers from the United States, and to many others. I read the gravestones of the men and women buried there and noted their ages – 18,19,20,21,23, etc. So young. Some have their pictures propped up alongside the stone. It breaks one’s heart. I cried for all of them. And I thought to myself how I hated those Arabs who can so wantonly inflict such carnage and suffering. I didn’t want to remember that just a week ago I had seen Avital hugging her Arab friend. A clash of emotions.

Yom HaZikaron came to an end and Yom Ha’Atzmaut, Independence Day, began. I watched the beautiful ceremony on Mt. Herzl. The words of Yuli Edelstein were inspiring. A child of the Soviet Union who could only dream of Israel in his youth, he is now the proud Speaker of the Knesset.

Then came the lighting of the torches – 12 of them representing the 12 tribes of Israel. Among those picked to light a torch this year was Rabbanit Channa Henkin, founder of Nishmat, the seminary for women that produces yoetzet halacha, women who are thoroughly versed in laws pertaining to women’s issues. Rabbanit Henkin is also the mother of Eitam Henkin, who along with his wife, Naama, was murdered by Arab terrorists as they drove with their young children in their car in the Shomron.

Also called to light a torch were Rabbi Marvin Hier, dean and founder of the Simon Wiesenthal Center, and Michael Steinhardt, the prominent investor and philanthropist, representing the Jews of the Diaspora. (Lighting a torch on behalf of Jews residing outside Israel was something new in the annual ceremony.) Rabbi Hier repeated the words he spoke at President Trump’s inauguration – Im ehkachaych Yerushalayim tishkach yemini (If I forget you Jerusalem, let my right hand wither).

Also honored with the lighting of a torch was Dr. Ahmed Eid, an Arab who is head of general surgery at Hadassah University hospital. He spoke very well and finished his words with “And I light this torch in honor of the State of Israel.” A clash of emotions inside me again.

I love the land of Israel with all of my heart. It is my home and the home of my children. And I believe with complete faith that the day will come when the entire world will see and recognize the God of our forefathers as the only true God. And then all will come to our holy Beit HaMikdash and offer prayers in peace. May it be in our days. 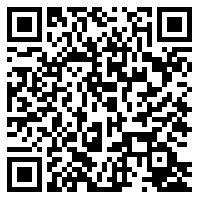