President Donald Trump will not move the US embassy in Israel from Tel Aviv to Jerusalem for the time being, a senior White House official told Bloomberg. This makes it the second campaign promise the president has broken in one evening, the first one being signing a waiver on Iran sanctions as prescribed by President Obama.

The Administration official said there is too much promise in a future peace negotiations between Israel and the PA at stake, especially since the Abbas people have agreed to come to the negotiations table without preconditions.


“We don’t think it would be wise to do it at this time,” the official told Bloomberg. “We’ve been very clear what our position is and what we would like to see done, but we’re not looking to provoke anyone when everyone’s playing really nice.”

Back in March, Vice President Mike Pence told the AIPAC conference that President Trump was “seriously considering” moving the embassy to Jerusalem.

Back in January, White House Press Secretary Sean Spicer said the Administration was “in the early stages of the decision making process” on the embassy move.

The last time Trump was asked about his promised move to Jerusalem, he said it was “too early to talk about it.”

Some reader responses at this link. 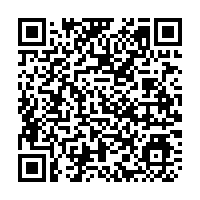