“Making the Desert Bloom” is one of the axioms of David Ben-Gurion’s remarkable legacy – one that has fired the imagination of Israeli farmers, international donors and the Zionist movement for more than half a century.

Israel’s founding prime minister stunned the Jewish people in 1953 when he left his head-of-state position to move to a remote kibbutz, Sde Boker, in the Negev desert. There he would live out his days trying to bring about Isaiah’s prophecy: “The desert and the parched land will be glad; the wilderness will rejoice and blossom.”


Last week, Sde Boker was once again the focus of attention when Ben-Gurion University’s Jacob Blaustein Institutes for Desert Studies co-hosted a major international conference called “Deserts and Desertification – Challenges and Opportunities.” The Institute’s partner, the United Nations Convention to Combat Desertification (UNCCD), is the key international mechanism for addressing one of the planet’s most egregious ecological scourges.

The event was the first academic conference in Israel to enjoy the full sponsorship of the UN, which has joined in fully supporting this initiative. Over a hundred leading scientists, field workers, academics, environmental activists, government officials, UN and NGO representatives – from Nigeria’s minister of environment to diplomats from Jordan and Turkey – came to Israel to talk about the state of the world’s drylands and how to address the direct and indirect drivers of desertification. Participants drew upon Israel’s experience in restoring its own degraded drylands.

Exploring these topics is hardly an esoteric academic exercise, for there is desperate cause for concern. Desertification, or the degradation of soils in the drylands, is a global problem of enormous dimensions. A recent report sponsored by the World Bank estimates that 10-20% of the world’s drylands suffer from significantdegradation. That represents 6-12 million square kilometers of lands that can no longer produce yields consistent with their natural potential. Some 400 million of the world’s poorest people are negatively affected.

The symptoms are often seen in the nightly news: famine, illness, refugees, pervasive poverty and even violence. Sadly, international efforts to address the myriad causes have been patently inadequate, and in many regions desertification is expanding.

What makes desertification especially tragic is that it is one of the few global ecological problems for which clear solutions exist. Israel serves as living proof that when a country makes soil conservation, irrigation, and sustainable desert agriculture and forestry national priorities, trend need not be destiny.

Indeed, when Israel achieved independence, the Negev desert extended up to Gedera, today a suburb of Tel Aviv. Due to centuries of overgrazing, deforestation and poor soil stewardship, the northern Negev – once a highly productive region – had largely turned into a wasteland. When Jews read in the Torah about Abraham’s peregrinations throughout the Promised Land, what emerges is a nomadic lifestyle based on equilibrium with the region’s harsh environment. This equilibrium was lost for many centuries. In a sense, in 1948 Jews had to quickly relearn how to live in harmony with their arid homeland.

Even with its meager resources as a nascent developing country, Israel set about to reclaim its desert heritage. During the 1950’s, infrastructure projects were built that delivered water from the rainy north to the desiccated south. Settlements were established that first invented and then expanded drip irrigation technologies to produce prosperous, local, agricultural economies. The Jewish National Fund succeeded in planting trees on dry and salty lands that professional forestry literature had long since written off. Grazing was organized, with seasonal allocations made to ensure that the land’s carrying capacity was not exceeded.

The Israeli experience was not without its mistakes. Aquifers were over-pumped. Sometimes the wrong crops were planted. For too long, a paradigm of “conquering the desert” rather than “living with the desert” prevailed. But the impulse of transforming the degraded heartlands of Israel remained a central national commitment and the trial-and-error process began to produce results.

Today, Sde Boker boasts international students pursuing graduate degrees in Desert Studies and researching topics from climate sensitive agriculture to algae cultivation in the deserts. These students bring their know-how back to their own countries where they become leaders in their field.

It’s been noted that humanity’s most acute problems fail to garner appropriate media coverage, presumably because people are too weary to hear about the pathologies of starvation, poverty and ecological devastation. The solutions to these problems have an even harder time generating headlines. In response to the severity of the situation in much of the world’s drylands, the United Nations declared 2006 to be the International Year of Deserts and Desertification, charging all countries to raise international awareness about the issue. But the declaration hardly made it onto the back pages of the world’s newspapers. 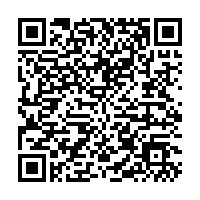