Raisi said the general [Qassem Soleimani] never feared the US even as he was fully aware of its military power, “and believed from the depths of his soul that America can’t do a damn thing against us.”
Iran’s president Ebrahim Raisi, quoted in Aljazeera

Soleimani’s admitted underestimation of the ability, and willingness, of the US to terminate him might be matched by the overestimation of just how popular Soleimani himself was during his life — and now that he is dead.

Iran, of course, insists that the general was a hero beloved by his country and has declared its commitment to seeing Trump and others in his former administration brought to justice. Back in 2020 and then each year on the anniversary of Soleimani’s death on January 3, Iran turns to Interpol with a request to issue a “red notice” that would make it possible for local law enforcement in the US to arrest Trump on Iran’s behalf. Red notices, however, cannot force an arrest nor an extradition — and besides, according to their policy Interpol does not get involved in issues of a political or military nature.


Iran has not stopped there. It has also called on both the UN General Assembly and the Security Council to issue resolutions against the US.

But looking at the reaction to Soleimani’s death demonstrates just how hated Soleimani — and Iran — are in the Arab world.

An article on the website of the Carnegie Endowment for International Peace notes that though Soleimani was killed at 1 o’clock in the morning in Baghdad, by 4:30am there was already a group of Iraqis running through the streets there celebrating his death. He was considered responsible for the 500 deaths of protestors against Iranian involvement in Iraqi corruption and mismanagement.

The celebrations went beyond Iraq, extending to the Persian Gulf, and parts of Syria and Lebanon where

People danced in the streets, handed out sweets, and bought cakes to celebrate the death of the man who was, to all intents and purposes, the long arm of the Iranian revolutionary regime.

According to the Iranian journalist and activist Masih Alinejad, Soleimani was not all that loved by the Iranian people either:

One indication that she is right is that one of the statues that was erected to honor Soleimani in Shahre-Kord in Iran was set on fire hours later:

Nor was that an isolated incident:

In September 2021, police arrested a man for torching another statue of Soleimani in the southwestern city of Yasuj, not very far from Shahrekord.

A few months before that, three young men in the city of Baneh were sentenced to a total of 16 years and seven months in prison for setting fire to a banner of Soleimani.

Meanwhile, in Gaza, both Hamas and Palestinian Islamic Jihad attended various memorials for Soleimani and praised him for his support — and put up some banners and posters of their own. Considering the ties between Hamas and Iran, this is to be expected.

On the other hand…

Among the fierce critics of these ties is Majdi Al-Mughrabi, a Salafi sheikh from Rafah. Like last year, he defied Hamas by calling on the people of Gaza to tear down the posters of Soleimani.

Last year, some Gazans actually did tear down some poster of Soleimani, and Al-Mughrabi responded:

Praise Allah, some Muslim youths, clean of hands and pure of heart, tore down several pictures of the dead warmonger and criminal Soleimani, after biased mercenaries put them up in some of Gaza’s squares…

Here is Al-Mughrabi responding to Muhammad Al-Buraim, a spokesperson for the Popular Resistance Committees, who praised Soleimani:

What resistance are these mercenaries speaking about?! Resistance [carried out] by smuggling and by expelling, murdering and imprisoning the Syrian people? Or by destroying homes over the heads of unarmed women, children and elders? When he could no longer [continue these actions in Syria, Soleimani] brought the Russian infidels into [the country]. Or perhaps they are talking about similar actions carried out in Iraq, which has been butchered, in Yemen, which has been plundered and destroyed, or in Lebanon?!

Nor did opposition in Gaza to Soleimani only spring up after his death. In 2017, in reaction to Hamas leader Yahya Al Sinwar praising Soleimani, Dr. Ibrahim Hamami, a Palestinian journalist residing in London responded:

Does Mr. Al-Sinwar, who claims that Soleimani loves Palestine, know how many Muslims and Arabs this criminal has murdered since 2012 in Syria, Iraq, Yemen, and Lebanon? Palestine will never be liberated by people like the criminal Soleimani. We say: Palestine loathes, hates, and curses Soleimani, and may we earn the right to see Allah do justice unto him. [Oh Al-Sinwar], if only you would shut up!

According to Jordanian journalist Luqman Iskandar, whose articles have been cited in Hamas-affiliated websites:

According to our ideology, in whose defense Hamas martyrs are killed, a Muslim does not forge an alliance with the murderers of Muslims to overcome other murderers. Distinguishing between [primary and secondary] enemies is one thing, but forging an alliance with the enemy and courting him is another… [But] the worst thing Al-Sinwar is doing is [inflicting] damage on the nation’s consciousness and intensifying internal division. From what lair has this person emerged to court the murderer of our children?

There were other Palestinian Arab leaders and journalists who came out against Soleimani back then — and, of course, many who defended Hamas ties both to him and to Iran. The fact that Hamas has only increased its ties to Iran speaks for itself.

Basically, the Hamas leadership is not much different than Arafat, who during the first Gulf War was one of the very few Arab leaders to publicly support Saddam Hussein.

As for the Arab world in general, Khaled Abu Toameh wrote about a recent poll:

Syrian-born TV host Faisal Al-Kasim recently asked his 5.9 million followers on Twitter the following: “Which is better, Israel’s reputation or Iran’s reputation in the [Middle East] region?” The result of the poll showed that 74.8% viewed Israel as having a better reputation as opposed to 25.2% in favor of Iran. [emphasis added]

The next day, Al-Kasim, who hosts a popular debate show on the Qatari-owned Al-Jazeera network called The Opposite Direction, conducted another survey on Twitter. This time, he asked his followers: “Do you support the Israeli bombing of Iran and its militias in Syria?”

According to the results of the poll, 77.8% said they supported the Israeli military strikes, while only 22.2% voiced opposition. [emphasis added]

For all their posters and statues, Iran cannot alter the fact that Soleimani is despised in the Arab world.
Just like they are. 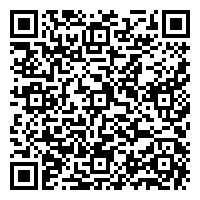