Home InDepth Op-Eds BDS is a Colonialist Movement
Share on Facebook
Tweet on Twitter
Photo Credit: Odemirense via Wikipedia
It’s no news that the Boycott, Divest and Sanction (BDS) movement is deeply problematic.
To its very foundations, it is enormously hypocritical and largely ineffective. In the few instances it actually was successful, it was deeply damaging to the livelihoods of Palestinians and the targets of the campaigns, such as the musicians and artists participating in the recent Sydney Festival.
While the movement self-identifies as a progressive human rights cause which is non-violent, in fact, its goals, as stated by co-founder Omar Barghouti, are to destroy the State of Israel. The movement has also given cover to terrorist organizations to carry out their activities and fundraising under the name of a non-violent social movement.
In interviews over the years, Barghouti has admitted increasingly more of what both he and the BDS actually stand for – and it’s nothing progressive.
In an interview this month with French network Paroles D’Honneur, Barghouti reiterated that BDS is unequivocally against any form of “normalization” – meaning it is against the existence of the State of Israel altogether. “We will not accept it [Israel] as a normal part of the region, of Arab culture,” he explained.
More interestingly, however, Barghouti explained at length how BDS has been successful in unifying Palestinians against colonialism and demanding the right of return – adding that this has also become consensus among progressive groups and activists abroad as well. The irony, of course, is that his movement is promoting colonialism that erases the heritage of millions of people in the Middle East.
Barghouti stated explicitly that Arab culture is diverse and includes Imazighen, Kurds, Armenians, Jews and others. “Jewish culture is part of Arab culture,” he claims, but he seems to have forgotten that it includes those groups because Arabs colonized them, and in many cases brutally oppressed them, erasing their history, language and culture. Barghouti speaks with the language of a colonizer while decrying colonialism and accusing others of doing what he does.
If that’s not enough, he also claims that BDS embraces, and encourages Jewish and other minority cultures within Arab identity. However, history tells a different story. It was made abundantly clear to the Jews of Yemen, Iraq, Syria, Egypt, Lebanon, Algeria, Tunisia and other Arab states where Jews are not welcome in their countries. Yet now, when Jews have the right to self-determination, they have a problem with that and want to rewrite history.
In Yemen, Jewish children were taken from their parents and forcibly converted to Islam, were subject to apartheid laws, and had their property and businesses confiscated because of their faith. In Iraq, Jews were arrested, tortured, murdered, forbidden from learning with Muslims in school, had their businesses and homes stolen by the government, and had their citizenship revoked before being expelled. In Egypt, Jews were expelled from the country with only a suitcase in hand, after Egypt revoked their citizenship.
In Syria, Jews were subject to curfews and house arrests, banned from owning businesses, banned from working in certain professions or for the government, forbidden from attending school with Muslims, and eventually had their businesses, homes and bank accounts stolen by the state. As well, they were held hostage and forbidden from leaving. These are but a few examples of the Arab culture that Jews in Arab countries have experienced. Barghouti is no fool. He is well aware of how Jews were persecuted, but being honest doesn’t advance his end goal: destroying the State of Israel.
Imazighen, Kurds, Armenians, Jews and other indigenous minorities in the Middle East are not Arabs. The blatant lies of Barghouti and BDS are just another attempt at gaslighting Jews and all minorities in the Middle East who have suffered under Arab colonialism for hundreds of years. There’s nothing progressive about erasing indigenous identity and any person of conscience, progressive or not, should not fall for the deceit of BDS.
Advertisement 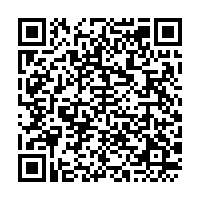