Bar mitzvah and bat mitzvah celebrations are occasions for marking young people’s achievement in learning to take on new responsibilities as Jews. Typically, the look is backward, to the early growing years, the record of growing accomplishment. We salute the young person’s successful completion of initial apprenticeship as a Jew. We express hopes for the future. And we pretty much leave it at that.

But these major life-cycle events have the potential for a broader significance if we use them as an opportunity to put into action, right then and there, something of what it means to be a Jew. Commitment to action for vital Jewish needs, for Israel, on the spot, can be planned as an important element of the celebration. It adds meaning and reinforces the education of young people to involvement in Jewish causes. It can also have some useful immediate, practical results.

Here is an example, based on the program of a recent bat mitzvah celebration. The tone was set from the beginning. The place cards were wrapped around the Orthodox Union wallet-size prayer for the members of the Israel Defense Forces. This is a major OU initiative designed to encourage 100,000 Jews to recite the tefilla l’chayale tzahal daily. It is also a fund-raiser for Friends of the Israel Defense Forces, the recipient of all the proceeds. The cards had been laminated by the hosts.

These days, bar mitzvah and bat mitzvah events are often organized around a theme. The theme for this event was “A Celebration of Jewish Unity.” Its centerpiece was an 8-page brochure on writing letters to public officials. It included listings of the names and addresses of key federal officials and members of the Senate Foreign Relations Committee, as well as several sample letters and a list of suggested informational points on the settlement and road map issues.

Guests at the bat mitzvah were briefed on the project as they entered the reception area and were then encouraged to write letters during the course of the reception. In addition to an exhibit area on the project, the brochure as well as writing materials were set out on a number of tables. Several guests acted as counselors on letter-writing techniques. About 40 letters were written and addressed on the spot. For each completed letter, the hosts provided a $5 coupon to be placed in a bowl. They were committed to giving five dollars to tzedakah for each letter written.

A second project, focused on the young friends and classmates of the bat mitzvah, was a pen-pal effort to write to teenagers in Israel, with materials and specific names and addresses provided, as well as suggested topics. About 25
teenagers participated in this project.

The program of the evening began with the singing of Hatikvah and the Star Spangled Banner. This was followed by the recitation of prayers, in Hebrew and English, for the IDF and for the safety of the American armed forces. The prayers were led by the siblings of the bat mitzvah. Well-attended Mincha and Ma’ariv services were held at the appropriate times.

And then there was great food, spirited dancing, a fun game show oriented to Jewish themes, wonderful presentations by the family. All the accouterments of a great party.

The theme and its realization in practice underscored the meaning of the event for commitment to live as a responsible Jew. I hope this example encourages other Jewish families to make their bar mitzvah and bat mitzvah simchas occasions for demonstrating to young and old that devotion to the Jewish people and Israel must be realized in deed as well as in word.

The celebration was for the bat mitzvah of my granddaughter, Noa Ehrenhalt. 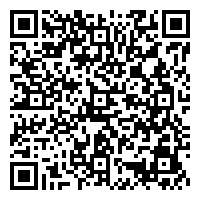