For almost thirty years I’d been the featured columnist in the National Jewish Post & Opinion. The publisher, who at this writing is 97 years old, never once during that time told me what I could and could not say. Gabriel Cohen was the ultimate newspaperman. Elie Wiesel once told me he started his career under Gabe as a stringer. That was long before me, but even during my tenure I had never heard the words “politically correct.”In fact, I happily skipped along, secure in my feelings that whatever I felt as a columnist my paper would see that I was able to air it. There were times when I’m sure I angered some people – and sometimes I even wanted to get that reaction. At least, from my standpoint, it made them think. And when these readers wrote in about my strong Zionist feelings they didn’t agree with, I answered, “Aw, but I’m a columnist, not a reporter. I’m able to write about my feelings and not only report the facts.”I wrote about how the self-haters disgusted me. And about the horror I felt at Jews such as Richard Dreyfuss, Woody Allen and Barbra Streisand, who frightened me. I knew I could write a column and it would be published.Those days are apparently over. I recently returned to the U.S. from London. I wrote two columns concerning the war and any anti-Semitism I might have found in the United Kingdom. As usual, I sent in my articles – only this time I was stunned to receive a call from the editor saying that my columns would not be accepted. It seems that according to three of the publisher’s children, they are running the paper now and feel I am not only politically incorrect, but also mean to the Arabs. They are distressed that I write ‘ugly’ things about Arabs. This, dear readers, only one day after the recent bombing in Tel Aviv.Folks, it frightens me. Moreover, it angers me when I encounter Jews who are such self-haters. They would do anything to stop someone whose ideas don’t coincide with their own leftist views, no matter the cost.Years ago I wrote a column about the fear I had that the Arabs were traveling to our shores to buy up our country. However, with the leftist tidal wave that has penetrated our schools and yes, even our Jewish newspapers, my fear is no longer solely of Arabs. It’s appalling that there are Jews out there who hate themselves; even more appalling that they are determined to appease Arab terrorism and muzzle thoughts and ideas that are contrary to their own disposition.These are the same type of morons who I?m sure were still saying “Let’s negotiate”; “We don’t have to fight”; and “War isn’t the answer” as they were being dragged into the ovens sixty years ago.I suppose I’m just an old-fashioned girl. When a reporter/journalist/columnist/ sees something newsworthy, she has a duty to tell it. We are artists who paint with words. Publishers need a sense of reality; they must be able to evaluate ideas and the behavior of people. Trying to muzzle a seasoned journalist – one who has been published by them for thirty years – is not the way to go. I don’t know whether they are being hostile to me personally or whether it’s just myideas they suddenly don’t like.Behavior like this has convinced me that leftist liberals have no respect for any ideas but their own. They somehow just don’t ‘get it’ and therefore remain clueless. It is sad, and so very dangerous, when people with a leftist mentality get control of the press. You, the readers, have the right and the responsibility to know what is really happening in the world, rather than the picture they want to portray for you. I know it would be nice to paint doves on vans and stand by the side of the road giving peace signs to passersby, but that’s fantasyland. 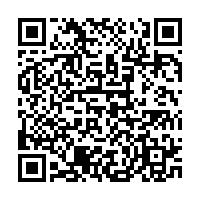