Justice Kennedy’s resignation from the Supreme Court has focused political America on the directions that a post-Kennedy Court might take. Kennedy, of course, has been the “swing” vote on the Court most frequently responsible for determining which side wins a 5-4 split. President Trump’s goal in selecting his replacement is cementing a conservative majority in place. Everyone—left and right, Democrat and Republican—expects things to change.

Beyond being politically polarizing – almost everything is these days – it’s also incredibly significant. Which begs the central question: Nu, is it good for the Jews?


The short answer is yes; it’s very, very good for the Jews. Because a conservative-leaning Supreme Court means a court committed to preserving the Constitution—perhaps the best guarantor of minority rights ever devised by man.

Democracy is, as the famous quip goes, the worst form of government except for all others. Unchecked, democracy is simply mob rule backed by the power of government. The genius of the Constitution is its elevation of certain fundamental rights above majority rule – above democracy. In a military dictatorship, the leader with the most guns gets to write all the rules. In an unchecked democracy, the leader with the most votes gets the guns–and then gets to write all the rules. In either case, life gets miserable fast for those who like to live their lives a little differently. In other words, it’s bad for the Jews. Very, very bad.

The Bill of Rights guarantees our rights to free speech, a free press, the free exercise of religion, and the right to bear arms. It guarantees us freedom from unreasonable search and seizure, and due process prior to deprivation of life, liberty, and property. It even affirms that the people retain certain rights beyond the enumerated few.

As reasonable and as minimal as those rights should appear, most of them are under direct attack from the left. The New York Times recently reported about the growing movement of progressives eager to take the right of speech away from people whose speech they call “hateful” meaning, of course, anyone with whom they disagree. Similarly, the left decided years ago that the free exercise of religion was a threat to democracy; in their view, religion is just a slogan that excuses bigotry – again, their charge against anyone with whom they disagree.

The New York Times is hardly alone in inserting scare quotes whenever it discusses “religious freedom.” The same left is eager to confiscate the firearms of citizens interested in protecting their families, and cavalier about confiscating property when redistribution serves their agenda of social justice (aka “tikkun olam” among leftist Jews). This leftist intolerance and corruption is deeply embedded in the culture of academia, including law schools. Over time, it has permeated Supreme Court jurisprudence in ways dire and threatening to Jews.

Within the past few months alone, the four ideologically leftist Justices on the Court wrote passionately about the need to coerce people to say the “right” things about abortion, and to force people to fund union-run lobbying that they didn’t support. In recent years, they have vilified Americans who choose to live as they believe God wants them to live. They’re fine forcing people to buy products they don’t want. And because they denigrate individual conscience and rights in favor of government power, they don’t believe that the right to bear arms exists to protect individuals.

They pervert the Fourteenth Amendment’s prohibition on racial discrimination by demanding racially discriminatory practices in the name of “diversity.” They corrupt the Constitution by granting the President unfettered right to impose policies they like. When they don’t like the President or his policies, they support any judge anywhere in the country willing to override them.

To make matters worse, today’s left—including many members of the Federal Bench—elevates “emerging international norms” above American law. That preference should chill anyone paying attention to what the “international community” thinks about the Jews. The horrific double standard applied to the Jewish state is notorious. Those looking for a more specific threat might note the growing number of European countries banning kosher slaughter or circumcision – openly desired by parts of progressive America, as well.

Astoundingly, leftist jurists insist that the Constitution endorses—at times, compels—these positions. How? Through a doctrine call the “living constitution.” It’s a clever name, but misleading.

Leftist proponents of a living constitution, on the other hand, see a document that is infinitely pliable. It is not only alive; it is amorphous; it evolves subject only to their whim.

All minorities, including Jews, need to know that our rights can withstand a change in power and a shift in public opinion. Only the Constitution can provide that guarantee. Only Constitutionalist Justices can secure the Constitution.

President Trump delivered on his promise to safeguard the Constitution by appointing Justice Gorsuch. The list of judges under current consideration is outstanding. On this Independence Day, Jews should thank G-d for President Trump. He is indeed good for the Jews. 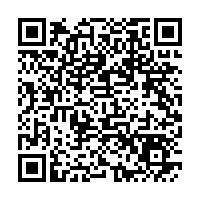