Prime Minister Benjamin Netanyahu credited the cooperation between Israel and Russia as a “central component in preventing a conflagration and deterioration north of Israel’s border in Syria, in remarks Wednesday to media following talks in Moscow.

The prime minister traveled with his wife to visit President Vladimir Putin for discussions about Iran’s presence in Syria — which Israel is unwilling to tolerate in any form — as well as other issues regarding the situation north of the border.


“Several hours ago a Syrian UAV penetrated Israel’s airspace,” Netanyahu noted. “We shot it down and we will continue to take strong action against any trickle [of fire] and any infiltration into Israel’s air space or territory. We expect that everyone will respect this sovereignty and that Syria will strictly abide by the [1974] Separation of Forces Agreement,” he added.

“The cooperation between us is a central component in preventing a conflagration and deterioration of these and other situations; therefore I would like to thank you for the opportunity to discuss these matters,” he told Putin in their joint news conference following their meeting, “and of course, all other issues. Truly, thank you.” 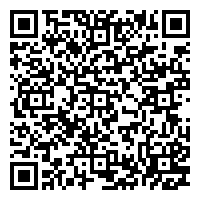