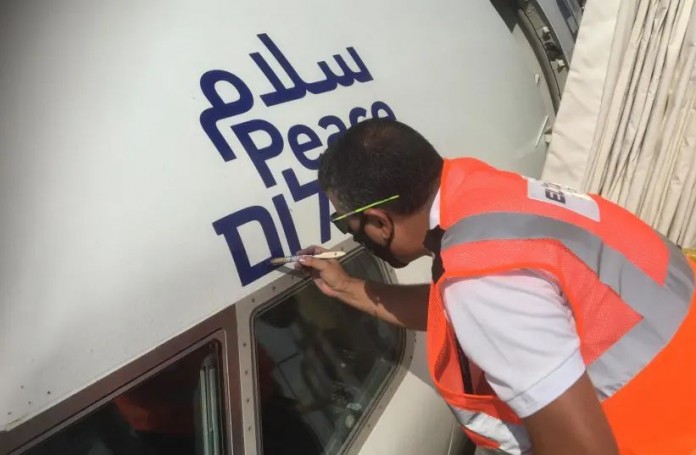 In the spirit of the recent peace agreement between the two countries, the Arab Organization for Human Rights in Europe and Britain, the African Organization for Human Rights Heritage, the Gulf League for Rights and Freedoms and the Safadi Center for International Diplomacy, Research, Public Relations and Human Rights announced a joint cooperation agreement.   In a recent statement, these human rights NGOs expressed their support for normalization between Jerusalem and Abu Dhabi, and congratulated both nations on the recent peace agreement, calling upon other Gulf states to implement similar agreements with the Jewish state.

Mendi Safadi, who heads the Safadi Center for International Diplomacy, Research, Public Relations and Human Rights, declared: “Our center has been active for years in supporting regional cooperation and building bridges between Israel and Arab countries.  We have accomplished much in this regard.  The Safadi Center was approached by three UAE human rights organizations.  And for our part, we welcome any cooperation that encourages peace and stability in our region.”


Rashid Mohammed, the Emirates Spokesman for the International Coalition of Human Rights, which is the umbrella organization that controls the Arab Organization for Human Rights in Europe and Britain, the African Organization for Human Rights Heritage and the Gulf League for Rights and Freedom, proclaimed: “We support human rights, peace, and dialogue between the nations and the countries.  We also want to fight terrorism and hate speech.  We focus on the youth population in the Middle East and North Africa.  We concentrate on training, education, living peacefully, and the important issues in the world, especially regarding the health sector.  The world is now different after corona.  This is a major global challenge.”

According to Mohammed, “Most of the youth in the Middle East and North Africa are willing to live together.  Israel is a democracy.  We are proud that Muslims, Jews, and Christians all live together there.  They got rights for everyone and fight against corruption.  Where can you find a country that asks the Prime Minister where he got this money?  Even the death sentence they do not have.  Human rights are important, and we should work together as one.   The Safadi Center has good experience.  We should have good diplomatic relations and research together.  We feel Turkey, Iran, Hamas, the Islamic Jihad is a big threat.  Qatar does not support peace either.  They fund these people and incite on Al Jazeera.  We are genuinely concerned about it.  We are waiting for more progress.  Medical tours, universities, student exchange programs, think tanks.  The young people in both nations should learn about each other.  Most important right now though is a vaccine for the coronavirus.  It is an excessively big step for the nations worldwide.”

However, as much as Mohammed is excited about this peace agreement, he also warned that there are those who may wish to derail it: “Turkey, Iran, etc. gained from tensions for they will lose out when there is peace.    We have a program that highlights the crimes of Hezbollah and the Islamic Jihad.  We are also concerned about the Iranian nuclear program for it threatens the Persian Gulf.  We are very worried about it for they are fascists.”

Former Israel Consul Dr. Yitzhak Ben Gad concurred: “While the distance between Iran and Tel Aviv is 2000 kilometers, the distance between Abu Dhabi and Iran is much closer.  The Iranians may view it as a threat to see an Israeli Embassy in Abu Dhabi.  I am sure that the Iranians are not happy about it and will do everything to disrupt this relationship.   But the winds are blowing now against Iran.  They have to live with it.”

Safadi condemned all opposition to the peace agreement between Israel and the United Arab Emirates, but especially the Palestinians and the Turks: “Erdogan announced that he is recalling Turkey’s ambassador to the United Arab Emirates and he will perhaps cancel his country’s diplomatic relations with the United Arab Emirates as punishment for them normalizing relations with Israel.   This action by Turkey is hypocritical.   Turkey was the first Muslim country to recognize Israel and they have diplomatic relations with the Jewish state.   Erdogan was the only Muslim president who visited the grave of Theodore Herzl, the founder of the Zionist Movement.  And in the past year, trade between Israel and Turkey reached to being in the billions of dollars.”  Thus, Safadi reiterated that it constitutes a double standard for Turkey to maintain diplomatic and trade relations with the Jewish state, while punishing the UAE for seeking to do the same and threatening other Muslim countries who may want to upgrade their relationship with Israel.   According to an anonymous source, Erdogan’s Turkey has also threatened Azerbaijan whenever they consider upgrading their relationship with the Jewish state.

“As for the Palestinians, an agreement led to the Palestinian leadership leaving Algeria and other countries of refuge and establishing the Palestinian Authority in Ramallah that continues to function to this day,” Safadi declared.  “Many Palestinians go daily to work in Israel, the currency used within the PA is the Israeli Shekel and the Jordanian dinar, security coordination takes place on a daily basis between Israel and the PA, and there are Palestinians stranded in Tel Aviv and Eilat.  Is this not normalization?   Why are they permitted, and the Gulf states or other Arab states are barred from doing similarly?  How long will they hold the Arab countries hostage to this conflict?  Fortunately, the Arab world and especially the youth from the next generation believe in peace and will not permit anyone to exploit them.” 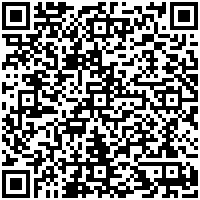