wo judges of the Israeli Supreme Court this week overruled the Israeli government’s decision to raze the home of Nizmi Abu Bakr, a Palestinian from Yabad in Samaria who admitted to murdering IDF soldier Amit Ben-Yigal in May.


In doing so, they are collectively punishing the people of Israel with their personal political prejudices and misplaced values.

Justice Menachem (Meni) Mazuz ruled that the home demolition would be “unreasonable” because Abu Bakr’s wife and eight children – who are not accused of any involvement in the murder – would be unfairly penalized.

By Mazuz’s reasoning it is probably also wrong to throw the terrorist into jail – since his family surely will suffer as a result. Mazuz also forgot that the terrorist’s family will benefit from the Palestinian Authority’s “pay-for-slay” program, to the tune of several thousand shekels per month.

Note that Mazuz overruled the government’s decision to demolish the terrorist’s home despite that fact that he did not dispute the defense establishment’s determination that home demolitions are an effective deterrent against terrorism.

Meni Mazuz was one the justices who struck down the 2017 Settlements Regularization Law as “unconstitutional,” because it impinged on the land rights of absentee Palestinian landlords. Mere cash compensation was not sufficient in his view, even though the previous owners of more than 50 or 100 years ago will never live on or cultivate the land.

Thus, he and his colleagues cavalierly ordered the destruction of several Jewish homes built in Netiv HaAvot in the Gush Etzion settlement block, even though they ran over the disputed property line by only one meter!

Similarly, Mazuz and his colleagues did not blink over the crushing of Israeli Jewish rights, allowing the Sharon government to expel Gush Katif residents and raze 1,200 Jewish homes to the ground – with but a few pennies of compensation.

As former justice minister Ayelet Shaked MK accurately said this week: If Mazuz had shown one-tenth the empathy he expressed this week (for the terrorist’s family) for Israeli settlers who were viciously expelled from Gush Katif – perhaps he could be forgiven for the Abu Bakr decision.

Justice George Karra went further, declaring all home demolitions of terrorists to be forbidden collective punishment that should be used only in “extreme cases, and not frequently.” Let us analyze Karra’s categories of crime and punishment.

Apparently, Karra does not consider it an “extreme” crime to crush the skull of an Israeli soldier with a concrete block hurled purposely from an upper floor. As for “frequent,” Karra made it contemptibly clear in his written decision that the problem lies not with the use by Palestinians of “frequent” terrorism but with the Israel Defense Forces’ use of “frequent” home demolitions.

Only the third judge on the panel, Justice Yael Wilner, sought to uphold the government’s decision to raze the terrorist’s home, arguing sensibly that: “The waves of terrorism that have swept the State of Israel in recent years require effective deterrence against carrying out further attacks in the future….. despite the difficulty naturally inherent in the damage to the property of family members not involved in perpetration of the crime.”

Wilner also might have noted that Israeli policy in this regard is not unusual by international standards. In the US, for example, the government can (and does) confiscate homes where serious crimes like drug dealing have taken place, even if it causes hardship to innocent residents of that home.

MANY OTHER High Court panels have accepted the assessment of Israeli security authorities that demolitions are effective in deterring terrorism and are a necessary tool in combatting terrorism. After all, why should the justices have a better sense of judgment on this matter than military generals and General Security Service professionals?

High Court panels also generally have accepted the government’s finding that the balance between the national rights of the Israeli nation to self-defense and the damage caused to the property rights of affected Arabs is “reasonable.” After all, why should the justices have a better sense of judgement on this matter than Israel’s elected leaders?

But this only raises the core problem with High Court proclamations on matters of community and national values. We are not really dealing with matters of law, but with public propriety or “reasonableness.” The Court justices are exercising self-arrogated decision-making powers, based on nothing more than their own idiosyncratic sensibilities.

Thus in recent years the Court imperiously has intervened in setting public policy on a wide range of issues without any real anchor in Israeli or international law or in Mishpat Ivri (Jewish law based on the Talmud and subsequent codes).

There was little hard-core law involved these cases. You could guess the court’s decision in advance simply by looking at the composition of the panel of justices. The more liberal the panel, the more drawn-out-of-thin-air sermonizing there was likely to be in the decision. Essentially, these were political decisions camouflaged as law.

It gets worse. It is not just the High Court. The Attorney General and his legal minions also have fallen into the habit of overriding value judgements passed into law by the democratically elected representatives of the Israeli public and replacing them with their own oh-so-much-finer sensibilities.

Case in point, regarding terrorists: In 2018, the Knesset passed a law allowing the interior minister to revoke the citizenship or permanent residency status of convicted terrorists, and their social benefits too. But Attorney General Dr. Avichai Mandelblit decided to gut the law of its intent, by forcing the interior minister to grant Arab murderers an alternative status: temporary resident status.

This diminished status gives the terrorists full benefits like unemployment insurance, child support, disability insurance, and social security payments – when they get out prison. Of course, this is the exact opposite of what the Knesset intended.

Several Arab murderers from eastern Jerusalem now have petitioned the High Court to get their residency rights back, and I am guessing that the Court is likely to return their social benefits too.

Sadly, the Talmudic sages Rabbi Elazar (Midrash Tanchuma) and Rabbi Yehoshua Ben-Levi (Midrash Yalkut Shimoni) were familiar with such perverse thinking, and they warned: “He who is kind to (or has compassion on) the cruel will end up being cruel to the kind.” 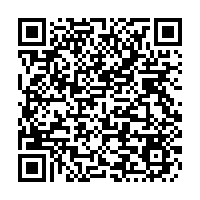