Any Jew who knows his history is well aware of the tragic fact that with the outbreak of a plague comes finger-pointing at Jews. Indeed, this phenomenon is almost as old as the Jewish people itself.

The earliest example of Jews being blamed for spreading a disease derives from the third century BCE. An Egyptian priest named Manetho claimed the Jews were expelled from Egypt because they were a nation of lepers.

When the Black Plague ravaged Medieval Europe, who was to blame? The Jews. They were blamed again during the Irish Potato Famine in the mid-19th century. Never mind that there were well under 1,000 Jews in all of Ireland at the time! A scapegoat is always needed, and when people feel threatened, rational thinking goes out the window.

So it’s no surprise that Jews are once being blamed for a plague – this time Covid-19. In late March, Rick Wiles, a pastor from Florida who in January called the impeachment proceedings against President Trump a “Jew coup,” claimed that G-d is punishing the Jews with the virus for rejecting the Christian savior.

The nefarious David Duke, formerly leader of the KKK, lost no time in adding his invective to the conversation, tweeting out the likes of “Zio Goldman Sachs Gets filthy Rich from Coronavirus!” and arguing that global Jewry and Zionism is seeking to undermine global affairs while gaining financially.

Last month, David Icke, an English anti-Semite and peddler of loony conspiracy theories, suggested that not only was 5G technology responsible for the Covid-19 pandemic, but that it was created by a “cult” (wink wink) of “those who control the world” so as to oppress the masses and gain power and prosperity in the process. A video of him saying this was seen millions of times on YouTube.

Many anti-Semites followed suit, propagating similar outlandish theories, peppering their tweets and social media posts with such hashtags as #IsraelVirus and linked medical research to a vast Jewish plot to benefit financially off the broken backs of the out-of-work masses.

On April 21, the FBI released a report warning that neo-Nazi groups were calling on their followers to purposefully infect Jews with Covid-19. This call to biological terrorism came in the form of “cute” slogans like “If you have the bug, give a hug,” “Spread the flu to every Jew,” and “Holocough.”

There’s also been a major uptick recently in the gross misappropriation of Holocaust history to score political points. On April 8, the host of a news show on Sistema Brasileño de Televisión in Brazil suggested that people sick with the virus “should be taken to concentration camps of health care” – a comment that earned him a 15-day suspension but nothing else.

“To omit the use of chloroquine,” wrote the well-known Brazilian blogger Allan dos Santos on the same day, “is the same as leaving Jews in doubt between a shower and a gas chamber.” And on April 22, the foreign minister of Brazil, Ernesto Araujo, compared quarantine to life in Nazi concentration camps – only this time people were being tricked into believing that to “be trapped in this concentration camp” was for their own good.

Here in the United States, one protester who was complaining about living under lockdown employed the dreadful phrase that hung over Nazi concentration camps, “Arbeit Macht Frei,” to make his point.

Rounding out the landscape, a host of anti-Semitic cartoons have proliferated. In one such cartoon, Agnes Buzyn, the former French minister of health, who happens to be Jewish, was depicted as pouring poison into a well, recalling the notorious libel in Christian Europe that led to innumerable pogroms.

Another cartoon invites its audience to analyze the virus under a microscope where it will discover that it has the faces of the most grotesque Jewish stereotypes.

The notorious anti-Semitic cartoonist par excellence, Carlos Latuff (whose work has been promoted by Ilhan Omar and Rashida Tlaib), presented an elderly frightened Palestinian woman stuck between impassable coronavirus rocks and a cement barrier with an armed Israeli soldier and an Apache helicopter behind her.

Let’s be clear. Nothing can be done about all this. There is no stopping the propagation of hate that has the Internet at its disposal. In certain countries, there are legal remedies against anti-Semitic comments and posts, but these do absolutely nothing to stop them from circulating around the world and infecting many hearts and minds in the process.

What we can do is accept the reality for what it is and beef up protection of our communities and institutions while bracing for an avalanche of pent-up anti-Semitic frustration after the lockdown, which has kept most anti-Semites off the streets.

We will hold elected officials and all those tasked with protecting public safety responsible for upholding their sworn duties, and we will hold those who fail to do so accountable. Last year was one of the worst years in American history in terms of violent anti-Semitism. This year was heading in the same direction before the virus outbreak, and we have every indication that it will get much worse when those perennially infected with anti-Semitism emerge from their homes. 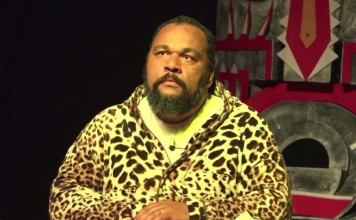 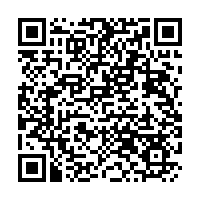