It appears, however, that the bar has just been lowered. Recently, eating with an Israeli or even watching a television series that sheds a positive light on Jews has come to constitute the despised “normalization” and is considered a crime and an act of treason.

Last week, several Palestinians were invited by Jewish settler leaders to a Ramadan iftar meal, with which Muslims end their daily fast at sunset during the holy month of Ramadan.

Scenes of Muslims and Jews sitting to eat together are a fine example of coexistence and peace between the two sides. These are the kind of heart-warming events that promote tolerance and lay the foundations for real peace between Israelis and Palestinians.

Instead of welcoming the iftar meal, many Palestinians are now expressing outrage over the encounter and condemning it as a treacherous act.

They are also denouncing the Palestinian participants, dubbing them as “traitors.” Some of the Palestinians who attended the iftar meal predicted the outrage, and requested in advance that their names and photos not be made public. Palestinians, in other words, are afraid for their lives because they committed the “crime” of eating with Israelis.

Referring to the event as the “normalization iftar,” several Palestinian websites claimed that the Israelis and Palestinians who ate together had “discussed ways of ending the Palestinian resistance and promoting economic cooperation between the two sides.”

“The resistance” is the term Palestinians use to describe terrorist attacks against Israel.

Those who are angry with the “normalization iftar” are actually saying: “How dare any Palestinian talk about halting terrorist attacks against Israel.” In addition, they are angry because Israelis and Palestinians had the audacity to talk about “economic cooperation” between the two sides.

Economic cooperation does not serve the agenda of the terrorists. Terrorists want Palestinians to continue living in abject poverty so that they can go on blaming Israel for Palestinian misery. Unemployed Palestinians are much easier to target for recruitment as terrorists than Palestinians who are able to feed their families.

Last year, Palestinians waged a similar campaign against another iftar meal that brought Jews and Muslims together in the West Bank city of Hebron. That event too sparked a massive wave of condemnations among Palestinians, with many calling for punishing the Palestinian “traitors” who dared to accept an invitation from Jews to share the event.

The Palestine Information Center, a website affiliated with Hamas, ran a cartoon condemning meals with Jews in which a Palestinian infant, soaked in blood, is lying on a plate decorated with the Israeli flag.

In the past few weeks, Palestinian anti-normalization activists have also been waging a campaign against a drama series on Saudi Arabian television that depicts the life of Jews in the Gulf before 1948. The Palestinians are enraged because the drama, called “Umm Haroun” (“Mother of Aaron”), depicts good relations between Jews and Arabs in some Gulf states. The Palestinians claim that by humanizing Jews, the drama aims to pave the way for normalization between some Gulf states and Israel.

The Palestine Scholars Association, an extremist Islamic group affiliated with Hamas and Palestinian Islamic Jihad, issued a ruling banning Muslims from watching any television programs that “promote normalization with the occupation”. According to the group, it is the “religious duty” of Muslims to boycott these dramas, often broadcasted during Ramadan.

“The Palestinian scholars view with suspicion and disapproval these dramas, which have become a platform for Zionist propaganda funded by Arabs and Muslims,” the group said. “We clearly say that watching these channels is forbidden by law and boycotting them is a legal and religious duty.”

The latest campaign against the iftar meal and the television drama came as Palestinians marked the 72nd anniversary of “Nakba Day” (“Day of Catastrophe”), a reference to Israel’s independence in 1948. On this anniversary, various Palestinian factions renewed their fierce opposition to any form of normalization with Israel and again vowed to thwart US President Donald Trump’s plan for peace in the Middle East, also known as the “Deal of the Century”.

“We categorically reject all forms of normalization with the occupation. Normalization is a stab in the back of the Palestinian people and a violation of their rights.”

In another warning to the Arab countries, a representative of various Palestinian factions said:

“It is not permissible for a party or group to engage in it [normalization]. Those who support normalization must realize that America will not protect them, and that is why they should reconsider their shameful positions.”

Hamas leader Ismail Haniyeh, who in recent months has been shuttling between Qatar and Turkey, also sent a threatening message not only to Palestinians, but also to all Arabs. Last week, Haniyeh announced that “normalization with the Zionist enemy is considered a big crime and sin that can’t be forgiven.” He added that normalization with Israel is also considered a “stab” and “betrayal” of the Palestinians and all Arabs and Muslims. He called for “practical steps to criminalize and ban all forms of normalization and prevent the enemy from infiltrating Arab and Islamic capitals.”

The Palestinian anti-normalization campaign is now aimed at intimidating Arabs and Muslims, and not only Palestinians. It is no wonder, then, that relations between the Palestinians and some Arab countries, including Saudi Arabia, have recently been strained.

Many Saudis who are furious with the Palestinian threats and smear campaign against their country for its alleged rapprochement with Israel have responded through social media platforms by strongly condemning the Palestinians. Saudi pundits are now believed to be behind a trending hashtag on Twitter, entitled, “#The_Palestinian_cause_is_not_my_cause.”

The Palestinian smear campaign is taking place amid silence from the international community and media. They seem indifferent to a rather crucial question: if a Palestinian or Muslim cannot share a meal with an Israeli or watch a TV drama about the life of Jews in Arab countries without being labelled a criminal, how would any Palestinian leader dare to sign a peace agreement with Israel? 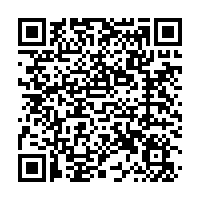