On the opening day of his trial Sunday, at the Jerusalem District Court, Prime Minister Benjamin Netanyahu’s attacked the state’s legal system.

Charged with bribery, fraud and breach of trust—the first Israeli prime minister ever to face criminal proceedings while leading the country, an emotionally wounded Netanyahu told the court: “I am not a poodle, so I must be toppled dropped in any way possible. Members of the State Attorney’s Office have tailored a case against me. The investigations were contaminated and tailored from the first minute.”


The prime minister also said: “What is happening today is an attempt to thwart the will of the people, an attempt to overthrow me and the rightwing camp.”

He asked once again for the trial to be broadcast live and without censorship: “Instead of leaks, I offer a simple solution – that everything will be broadcast, without editing and without smearing.”

He also said that in no democracy has anyone ever been charged for receiving sympathetic press coverage.

Two out of the three cases against the prime minister involve deals he allegedly struck with the owners of major news outlets, trading government favors for support.

Netanyahu demanded that the court reveal the stunning document sent by the Justice Ministry to the state comptroller three years ago, stating that his decision regarding the central issue of the indictment – presumably the legislation that was intended to bury Israel Hayom – was immaculate.

He also demanded the publication of the transcripts of witness interrogations, including the threats made by police against witnesses, that if they did not cooperate with the investigation, they and their family would be harmed. Netanyahu then wondered aloud whether the reason Attorney General Avichai Mandelblit decided to indict him had to do with the secret recordings that could incriminate him in the 2010 Harpaz scandal.

For the record, when Netanyahu was about to appoint Mandelblit, he had full access to the Harpaz dossier, including those secret recordings which allegedly compromised the then Cabinet Secretary and former Chief Military Advocate General Mandelblit. Which means he decided to trust him as the next AG despite those recordings. Or, just maybe, as is common in Israeli legal and political circles, he stashed them for just this kind of rainy day.

Four years of investigations, three indictments and a severe crisis of trust between the government and the Israeli judicial system, all led to this Sunday hearing at the Jerusalem District Court, Hall 317. In the State of Israel v. Benjamin Netanyahu, the defendant is charged alongside his co-defendants Shaul Elovitch, past majority share holder of the communications giant Bezeq, Elovitch’s wife Iris, and the publisher of Yedioth Ahronoth, Arnon “Nonni” Moses.

Large uniformed and clandestine police forces were present around the Jerusalem District Court and closed down Salah a-Din Street in the section between the Justice Ministry and the Court. Demonstrations were carried out at both ends of the blocked section.

Netanyahu’s attorney Micha Fettman asked the court for two or three months to be able to comprehend the scope of the investigative materials: “In two or three months we will know whether we will have to ask for corrections in the indictment, and under which arguments. This assessment is not a play for time.”

Attorney Jacques Chen, representing Shaul Elovitch, wanted to know the order of the witnesses’ testimonies, and asked the court to warn those witnesses against giving media interviews, which he suggested would “be a circus.” He also suggested there were way too many prosecution witnesses – literally hundreds of them. “If we see a witness list, maybe we could agree on dropping some of them. It’s a criminal case, there aren’t going to be any surprises on the part of the prosecution, so there’ no reason not to do it,” Chen told the court.

Attorney Michal Rosen-Ozer, who also represents the Elovitches, also pointed out just how needlessly voluminous the prosecution material is: “We hired an expert to evaluate the number of pages in Case 4,000 – it’s 230 binders not including the digital media.”

Attorney Fettman pointed out that one of the state’s witnesses provided evidence on April 3, only two months ago. “If the prosecution is still conducting an investigation and gathering material, I think it should go through the court.”

Judge Rivka Friedman-Feldman, who heads the three-judge panel, asked Prosecutor Liat Ben Ari if the investigation was over, and she answered yes. Ben Ari added: “All the material has been scanned and transferred to the defense, which is not usually the case. If they contact us, we’d be at their disposal. I agree it is a voluminous case, but not impossible to review, especially with the means we have made available.”

“The case was not born today and this is not the first time defense attorneys are seeing it,” Ben Ari said. 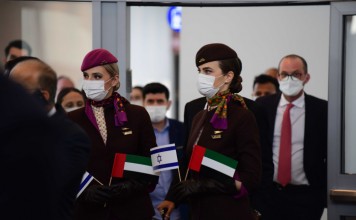