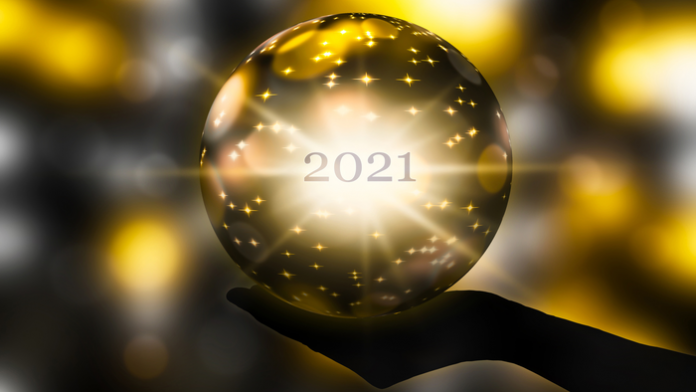 If you had forecast one year ago that Israel would be forced into a fourth election within two years and into a third virus lockdown within 10 months – most people would have deemed you a screwball.


Had one foretold that Israel would sign four peace agreements with Arab countries within four months, or that US would come close to green-lighting the application of Israeli sovereignty in Judea and Samaria and then pullback from this – most people would have considered this wacky prophecy.

Yet all this happened, which tells you something about the perils of predicting political and diplomatic developments.

Indeed, the accuracy of my forecast for 2020 was mixed. I wrongly expected US President Donald Trump to win reelection. (But note, this was a fair assessment before the corona crisis hit).

I correctly predicted that the Trump Mideast peace plan would move the markers regarding future contours of Israeli-Palestinian peace; and I still believe that Trump’s outline will prevail in the long term.

I also was right regarding Trump’s determination to combat Iranian aggression. It was exactly one year ago this week that a US drone strike eliminated Qassem Soleimani, commander of Iran’s Islamic Revolutionary Guard Corps Qods Force. And even this week, in its final days, the Trump administration is imposing additional layers of economic sanctions on the ayatollahs in Tehran.

Here is what I see when looking into my crystal ball for 2021:

* Elections: In March, Israel will end up with another political deadlock, but Netanyahu won’t resign or cut a plea-bargain with legal authorities. Instead, he will maneuver Israel into a fifth election in September while repeatedly delaying his trial proceedings.

Netanyahu will not stand in June for election as the next president of Israel. He will not risk the secret ballot vote in Knesset. Bougie Herzog or Yuli Edelstein will be elected president. Miriam Peretz, the worthiest candidate, does not stand a chance.

In 2017, I predicted that Ron Huldai would enter national politics to take the reins of the Labor Party. He hesitated then, and the Labor Party is nearly defunct now. But neither his new party nor Gideon Saar’s will prove to be overwhelmingly popular. Many voters just will stay home.

The vaccinations are wonderful and will keep most people from getting deadly sick, at least until we have to re-vaccinate in the fall for new virus variants. Global travel restrictions will continue into the fall, as anti-vaxxers and conspiracy theorists in the US, EU and elsewhere inhibit the willingness of the masses to get vaccinated. That puts the Tokyo Olympics in July in doubt. Athletes may compete, but most spectators and fans will stay away.

* Abraham Accords: Israel’s new peace treaties with the UAE, Bahrain, Sudan, and Morocco will hold firm, even if the incoming Biden administration does not invest in the “Abrahamic” peace process with the same enthusiasm that Trump did. Niger, Oman, and others will join the party too. But the Saudis will wait until the bonanza reaped by Abu Dhabi and Manama from their peace with Israel is brilliantly obvious to all. I estimate two years before Riyadh publicly embraces Israel.

Both the Saudis and Egyptians will need Israel’s support in Washington to sidestep the pressures on human rights matters that Biden will bring to bear.

Once most Israelis, Emiratis, and Bahrainis are vaccinated (– and note, these three countries lead the world in the rate of vaccinations!), two-way tourism will flourish. There will be 150,000 Israelis in the Arabian Gulf for the Succot and Chanuka holidays, not just the 60,000 who visited last month.

Of course, Gulf Arab tourists will want to visit Israel too, including Al Aqsa mosque and the Dome of the Rock shrine on the Temple Mount in Jerusalem. The government in Jerusalem had better be ready to crush the Palestinian-appointed Wakf if its clergy continues to impede visits by Gulf Moslems at the holy site.

* Barack Obama: The former US president is back for a third term in office. He is the real power behind Biden’s throne. From his home in Kalorama just a few blocks from the White House, Obama has ensured that almost all key foreign affairs and defense positions in the new administration are loyal alumni of the first two Obama administrations.

This includes incoming national security adviser Jake Sullivan, who secretly negotiated the first stage of the horrible Obama nuclear deal with Iran; incoming deputy national security advisor Jon Finer, who as chief of staff to Obama’s Secretary of State John Kerry, played a large role in selling that rotten agreement to Congress; and incoming deputy secretary of state Wendy Sherman, who served as lead US negotiator on that same dreadful deal (and, believe it or not, also on President Bill Clinton’s rickety-ridiculous nuclear deal with North Korea).

So, it is not hard to predict that Biden and these aides will seek another soft, swift deal with Iran to vindicate their old/real boss (Obama), and reverse Trump’s trashing of Obama’s legacy foreign policy “achievement.” One must wonder whether Washington will continue to back Israel in its “war between wars” against Iranian-backed forces in Lebanon and Syria. Certainly, Jerusalem must work fast to ensure coordination with Washington on the Iranian issue, as best possible.

* Palestinians: When Israeli-Palestinian peace talks resume under US pressure – and this indeed is coming – I hope that the US and Israel will put issues like immediate Palestinian refugee resettlement outside of Israel, and the sharing of prayer rights on the Temple Mount plaza, at the top of the agenda.

These issues go to the heart of Palestinian rejectionism. The demand for a “right” of refugee return to pre-67 Israel, and the insistence on Moslem-only prayer on Har HaBayit, amount to Palestinian insistence on achieving what is not negotiable: Israel’s delegitimization and disappearance.

Whether Mahmoud Abbas is knocked off his dictatorial perch this year or not, the Palestinian Authority’s autocratic rule is the default and preferred paradigm for much of the Palestinian political elite (and for Israel). This gives lie to the PA’s constant threats to dissolve itself.

There is simply no precedent in business or international affairs of anybody letting a $3 billion enterprise fritter away. The PA is sclerotic in all ways, but more than 200,000 Palestinian families in the West Bank – that is one million people – are dependent on PA salaries and pension plans, paid by the international community and essentially buttressed by Israeli bayonets.

* Donald Trump: His disgraceful behavior since losing the US election is unforgivable, especially the storming of the US Capitol that he incited this week. He does not care that he is devastating the Republican Party, assaulting American democracy, and making the US a laughingstock in global eyes. Alas, Trump’s embrace of far-right violence (“You are beautiful people. I love you.”) undermines in the eyes of many the legitimacy of his administration’s many achievements, including its outstanding successes on issues important to Israel.

I am afraid that US Marines will be forced to drag Trump out of the Oval Office at noon on January 20. Then, the US media will have to restrain themselves from giving too much coverage to Trump as he seeks to keep his insurrectionist/authoritarian movement alive. 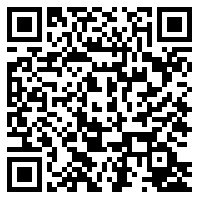