As reported by JNS, “Wilson has a history of attacking Hagee. According to his bio on the Huffington Post, Wilson claims to have played a role in U.S. Sen. John McCain’s decision to distance himself from Hagee during the 2008 presidential campaign by posting a video of a Hagee sermon about the Holocaust in 2005.”

According to Wilson, “CUFI currently sells a book by Pastor Hagee, Jerusalem Countdown: A Warning to the World, which claims Adolf Hitler was a half-breed Jew sent by God as a hunter to persecute Europe’s Jews and drive them toward “the only home God ever intended for the Jews to have—Israel.”

CUFI repudiates Wilson’s insinuation, stating in a press release, “Hagee never directly states that Hitler was a “half-breed Jew” in the provocative way Wilson claims. Rather, Hagee engages in an extended discussion of the lineage of Esau, whom God “hated.” (Romans 9:13). Hagee goes on to discuss Esau’s descendent, Haman, who sought to kill the Jews of Persia and those other of Esau’s descendants who have plagued the Jewish people for centuries. Hitler is mentioned as a possible descendant of this anti-Semitic line. Countess rabbis have engaged in similar speculation.”

As a Jew whose extended family was murdered in the Holocaust, I find Wilson’s claims deeply offensive. How dare he use the greatest tragedy in Jewish history to slander one of the greatest friends the Jewish people have ever known.

Pastor John Hagee has devoted his life to standing in support of Israel and the Jewish people, and he’s suffered repeated death threats from anti-Semites because of it. For Wilson to once again slander this righteous gentile as an anti-Semite is disgusting even for a journalist of Wilson’s low reputation. Shame on him.

This is not the first time Jewish staffers at CUFI have publicly denounced Wilson for attributing quotes to the pastor they say were taken out of context or never said at all.

In 2011, writing for American Thinker, CUFI Communications Director Ari Morgenstern took Wilson to task for claiming Hagee “advocated an attack on Iran in order to bring about Armageddon.” Morgenstern pointing out, “There was one major problem: Hagee never made the statement; in fact it is a fundamental contradiction of his theology. The quote Wilson attributed to Hagee was written by another activist journalist, Sarah Posner, in her own voice, as part of her (albeit hopelessly inaccurate) characterization of Hagee’s views.”

He continued, “Some may be inclined to believe that Wilson simply made an error. But just a few months before attributing the quote to Hagee, Wilson published a lengthy blog post citing Posner’s article, including the paragraph containing her relevant assertion. Though he may not have been the first to do so, the sequence of events suggests that Wilson knowingly misattributed the quote to Hagee.”

But Wilson isn’t backing down, telling the Salomon Center, “I stand by my article.”

Wilson explains, “My story noted the exact pages, in the “Revised and Updated” version of John Hagee’s book Jerusalem Countdown, where the quotes I cited from Hagee are printed.” 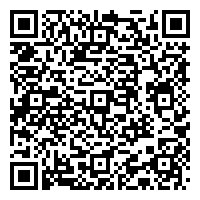