What with the “Occupy Wall Street” crowd besieging the United States, while their kith and kin all around the world are bellyaching against “capitalism” and against America, we thought we would provide a very brief refresher course for the “Occupiers” about the basic facts of life and the fundamentals of economic reality. Here goes:

– Nothing can be redistributed until it is produced.

– People do not produce things without incentives and rewards. They do not work, except for a handful of workaholics, unless they get rewarded for doing so.

– There is no evidence that redistribution of income to make it more “equitable” promotes economic growth and there is lots of empirical evidence that it deters growth.

– In general, growth is associated with increasing inequality, mainly because growth generates profits and raises income for some groups more than others. Suppressing the consequent growing inequality is the same thing as suppressing growth.

– Over time, the main factor that diminished the dimensions of poverty and its harshness in the West has been economic growth and not welfare programs.

– The main factor that produced dramatically greater safety in the workplace and dramatically lower rates of work-related hazards was worker mobility and competition among employers to attract employees and not governmental regulation of safety and hazards.

– No society has ever eliminated poverty. Lots of societies have increased its dimensions and severity.

– No one really knows how to create income equality. Marginal increases in equality also carry marginal costs to society in terms of other things and are not necessarily justified on a cost-benefits basis.

– When income becomes too equitable, there are no incentives to work hard and take risks and innovate.

– “Democratizing” the economy just means imposing political agendas on economic players, and it deters growth. It turns profit into a political reward rather than a reward for efficiency and innovation and hard work and productivity. “Democratization” of the economy is anti-democratic.

– The claim that equality is necessary to foster growth is about as persuasive as a claim by a vegetarian that vegetarianism is necessary to foster growth. In other words, someone making such a claim really just thinks that equality is nice and is trying to market it under a false packaging as an instrument that produces growth.

– Scandinavian “socialism” is really just capitalism with high taxes used to finance a high level of welfare state services. Scandinavian countries have low levels of nationalization of capital and also of regulation of business.

– “Soak the rich” policies generate far, far less tax revenue than the “Occupiers” and their kin think. That is partly because there are far fewer “soakable” rich people than the Occupiers think, and they are already taxed so highly that raising their taxes further could actually produce LESS tax revenue, because of “Laffer Curve” style incentive effects, especially after the first year of soakingly high taxation. 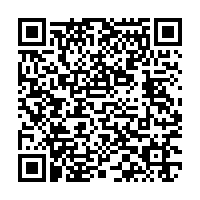