Despite mounting criticism, The City University of New York has refused to rescind its selection of Linda Sarsour, an Israel-bashing, terror supporter as the keynote speaker at CUNY’s School of Public Health & Health Policy’s June 1st commencement ceremony.  According to a statement issued by CUNY Chancellor James Milliken, CUNY wrongly claims that rescinding the invitation “would conflict with the First Amendment and the principles of academic freedom.”

Sarsour does not have a right – under the First Amendment or elsewhere – to be a CUNY commencement speaker, nor is CUNY legally obligated to provide her with that prestigious podium.  CUNY can invite whomever it wishes. Commencement is a once-in-a-lifetime event, to celebrate a major milestone in people’s lives. It holds everlasting significance not only for graduating students, but also for their families and friends.  A commencement speaker should thus be memorable and inspiring.  It goes without saying that the speaker should be a positive role model for graduating students and reflect the university’s values and highest ideals.


Sarsour doesn’t come close.  She opposes the existence of the Jewish State, supports the anti-Israel boycott, divestment and sanctions (BDS) movement whose goal is to harm and destroy Israel, and has tweeted that “nothing is creepier than Zionism” and that Israeli Prime Minister Benjamin “Netanyahu is a waste of a human being.”

Even Sarsour’s feminism is bigoted:  She claims that Zionists cannot be feminists.  She has condemned and insulted a genuine feminist, Ayaan Hirsi Ali, who was subjected to genital cutting as a Muslim girl and opposed her family’s efforts to force her to marry someone against her wishes.  In the face of death threats, Ayaan Hirsi Ali has courageously spoken out against the role that Islam plays in tolerating the abuse of girls and women.  Yet Sarsour is contemptuous rather than respectful of her, tweeting that Ms. Hirsi Ali’s “vagina should be taken away” and that she doesn’t “deserve” to be a woman.

Frighteningly, Sarsour does have positive things to say about terrorism and violence against Israelis and Jews.  She praised a photo of an Arab child walking toward Israeli soldiers, holding rocks in both hands, as “the definition of courage.”  When Sarsour was criticized for this tweet, she responded, “The Zionist trolls are out to play.  Bring it.”  Sarsour also praised the intifada – the term for the Palestinian Arab terror war against Jews in Israel – calling it “invaluable on many fronts.”  Last month, she shared a stage with a convicted terrorist, Rasmea Odeh, who served time in an Israeli prison for her role in a murder of two college students.  Odeh will soon be deported from the U.S. for concealing her terrorist crimes on her immigration forms.  Yet Sarsour publicly praised Odeh, stating that she was “honored and privileged to be there in this space, and honored to be on this stage with Rasmea.”

Given Sarsour’s horrific record, it’s hard to fathom how everyone with power and authority at CUNY – including Chancellor Milliken, the Board of Trustees, Governor Andrew Cuomo, and Mayor Bill de Blasio – has failed to take any steps to stop a documented bigot and hater from being honored and given a prestigious podium at their university.  Indeed, Mayor de Blasio’s wife, Chirlane McCray, is receiving an honorary degree from the School of Public Health and will be sharing a podium with Sarsour, giving Sarsour added legitimacy and credibility that she doesn’t deserve.

CUNY would never tolerate a commencement speaker with a history of bigotry toward African Americans, Hispanics or the LGBTQ community – nor should it.  It’s appalling and shocking that CUNY in particular would be so deaf to anti-Semitism, when little more than a year ago, the ZOA documented the anti-Semitic harassment and intimidation that students were enduring on four CUNY campuses.  At a Hunter College rally, for example, protesters were screaming that Jews are “racist sons of bitches,” shouting “Go back home, and get the f—k out of my country,” and chanting, “Jews out of CUNY” and “Death to Jews.”  CUNY, of all places, should be showing zero tolerance for anti-Semitism.

A diverse community, CUNY says it values mutual respect, tolerance and civility. Yet Jewish and non-Jewish graduating students who love and support Israel, who are justly concerned about Islamic terrorism, as well as their friends and families, are surely feeling betrayed by their university for failing to honor these values and concerns.  These graduating students, and their families and friends, will be denied the absolute joy they are entitled to feel, when they see Linda Sarsour on the stage delivering the keynote address at commencement.  CUNY is not only letting them down but also sending a terrible message to the entire university community – of legitimizing and mainstreaming anti-Semitism and terrorism.

It’s not too late for CUNY to do the right thing.  Sarsour’s speaking invitation should be rescinded immediately.  Someone who is truly inspiring, and exemplifies the values of mutual respect, tolerance and civility that CUNY claims to stand for, should deliver the keynote address instead.

Morton A. Klein is the National President of the Zionist Organization of America and Susan B. Tuchman, Esq. is the Director of the Center for Law and Justice. 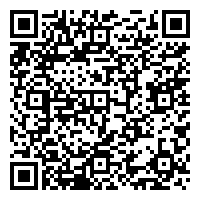