“Mum, umm I’m afraid I’ve got some rather awkward news…” My daughter Leah’s voice trailed off.

“What happened?” I could feel my heart thumping.


“Don’t worry; everyone is healthy, thank G-d; no one has been hurt, nothing like that … but…”

There were a few seconds silence while my mind went into overdrive, and then…. “Mum the caterer, for Yael’s chasunah…he’s gone….as in, you know… left the country, disappeared, and left Yitzchak and Shira with all his debts…”

“Mum….you realize what this means don’t you? We don’t have a caterer for Yael’s wedding next week.”

As early morning phone calls go this was probably one of the least welcome ones to hear five days before our daughter’s wedding. But compared to what I had feared for a few horrifying seconds, things were already falling into perspective.

Leah had suggested we use this caterer. He was well known and was now partially owned by friends of Leah’s, Yitzchak and Shira. The young couple had several years of cooking and catering experience, but wedding catering was a new venture for them. Wanting to expand their repertoire, they had recently become partners with this caterer who had been in the simcha catering business for many years. Yitzchak and Shira had said they would be happy to include some of their special dishes for our wedding, while still giving us a discounted price. It had seemed a perfect combination of giving them experience and advertising, at a reasonable price for us.

From what Leah was saying it now appeared that poor Yitzchak and Shira were left responsible for millions of shekels of someone else’s debts and in no position to continue the business.

And we were about to be left foodless for Yael’s chasunah.

I took a deep breath. This was obviously meant to be a lesson to me that no matter how many “to do” lists you have, you’re never really in control.

I looked at the ‘good’ side. We hadn’t given the caterer all the money, just a deposit, so we still had some money left to spend on ‘alternative’ catering – if we could find any – but not much time to arrange it.

I kept repeating to myself that the important thing was the children getting married – the food was of secondary importance. The Ultimate Matchmaker who had found us this wonderful chosson for our daughter, was also obviously the ultimate Organizer of our lives and it was time to turn to Him for a solution.

“Well, how about a pizza chasunah?” was my husband’s not overly helpful suggestion when I broke the news to him on his return from shul.

When we told Yael, the kallah, with assurances that we were working hard at finding another caterer, she looked a bit pale for a few minutes, but when my husband offered his solution she was quick to respond.

“Personally I prefer falafel, but if it has to be pizza, so be it.” I blessed the fact that she takes after her father, a sense of humor does come in handy in situations like this.

We would have preferred not to tell our mechutanim until we had found some alternative options, but I didn’t dare in case they heard from another source. Thank G-d, after their initial panic, I think they were relieved to know that I was prepared to try and handle the situation as best as I could. Well, the choice of caterer had been mine not theirs, so I did feel some partial responsibility for our predicament, even if it was misplaced.

Several phone calls proved to us that all the caterers I had ever heard of, and even some I hadn’t heard of until then – even those who would normally be way out of our price range – were booked up the following week. Not surprising as it was after Shavuos and before the Three Weeks, prime wedding time. But I had to do my hishtadlus and all these phone calls were part of that

Then we got a call from the manager of the simcha hall we were using. We had originally rejected the in-house caterer as he was much more expensive than any of the caterers we had taken for our previous weddings.

He had heard of our unfortunate news on the simcha grapevine – that kind of news travels very fast – and he could only imagine what turmoil we were going through. By this point I guess I would have taken him whatever the price, as I had no choice and I’m sure he realized this, but he was a real mensh and didn’t take advantage of our situation. In fact he offered us his upgraded menu at a considerably reduced rate, which we gratefully accepted.

Those of us in the know danced with a lighter step at the chasunah. There’s nothing quite like some panic and uncertainty for helping us appreciate when the Caterer above makes things go smoothly in the end. 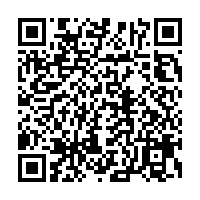