In the May 7 issue of The New York Times, respected Middle East analyst Daniel Pipes laid out the case why – as his article’s headline put it – “annexing the West Bank would hurt Israel.”

Pipes is not – as he notes in his opening – among the many Israel critics who fret constantly about “the occupation.” He promotes a vision in which Israel “declares victory,” the Palestinians concede defeat, and Israel helps found an independent state of Palestine. When Pipes, therefore, claims that a particular course of action would “hurt Israel,” Israel’s friends should pay attention.


In this particular instance, however, Pipes’ argument is threadbare. Moreover, Pipes has consistently misjudged President Trump on Israel in the past. Prior to the release of Trump’s peace plan, Pipes predicted that it would cede too much to the PA, leading Israel to reject it, the PA to embrace it, and a consequent rupture in Israel’s relationship with the Trump administration. The truth, however, turned out to be precisely the opposite.

Now that Israel seems poised to move ahead with the Trump plan, Pipes is predicting a different sort of disaster. He raises six objections to Israel’s “annexation of the West Bank”:

First, Pipes argues that “President Trump could well erupt in fury at Israel for [acting] unilaterally.” Israel, though, already avoided this unilateralism when it refrained from taking immediate action following the release of the Trump Plan. It currently is waiting for a joint Israeli/American group of mapping experts to complete their work – which will lay groundwork acceptable to the administration – before making any moves.

Second, Pipes worries that “annexation [will] alienate and weaken Israel’s diminishing number of friends in the Democratic Party and in Europe.” These concerns are misplaced. Israel will not alienate “friends.” It may complicate the lives of politicians who like to spout pro-Israel platitudes, but genuine supporters will not flinch.

Third, Pipes fears that warming ties between Israel and various Arab states will be threatened. Indeed, it’s a safe bet that Arab states will condemn any Israeli move with varying degrees of bluster. But the nuanced, cautious support those states gave to the Trump Plan suggest that this concern is vastly overblown. These states have moved closer to Israel because they’ve concluded that doing so serves their own national interests.

Fourth, Pipes writes that “annexation would most likely lead to Palestinian fury that could well destabilize Jordan, the West Bank and Gaza.” Such an outcome is certainly possible. The notion that it is “most likely,” however, smacks of hyperbole – as it was when people said that the Arab street would erupt over Trump recognizing Jerusalem as Israel’s capital, moving America’s embassy, recognizing Israeli control over the Golan, releasing a peace plan, etc.

Fifth, Pipes fears that “annexation is sure to alienate Israel’s Left” with “some Israelis leaving the country in disgust.” Perhaps – just as some Americans might leave the U.S. in disgust after November’s election – but who cares? Israel just held three elections showing conclusively that the Israeli Left has dwindled into insignificance. Why hand it the steering wheel?

Sixth, Pipes frets that “annexation would be likely to make more Palestinians eligible to become citizens of Israel.” That concern demonstrates stale status quo thinking; it’s far from inevitable. Choices about extending citizenship belong to Israel. Regardless, Pipes must know that current discussions focus on sovereignty over Jewish communities, specifically excluding Arab ones. The idea that Israel should refrain from benefiting its own citizens now to avoid some potential complications in the future seems dangerously risk-averse.

None of these arguments are remotely compelling. What’s worse, Pipes knows full well that what’s at stake is not Israeli “annexation.” Annexation occurs when one country claims sovereignty over territory that had been recognized as belonging to a different sovereign. But Judea and Samaria has legally belonged to no sovereign since the fall of the Ottoman Empire. Israel conquered the territory in a defensive war against Jordan in 1967; Jordan had occupied the territory and annexed it in 1949. What Israel is currently contemplating is extending its own civil code to territory over which it possesses the strongest legal claim for sovereignty.

Pipes’ version of Israeli victory sounds like defeat. He continues without justification to distrust President Trump and to believe in preserving a “two-state solution” – so much so, that he insists on taking any alternatives off the table, even if Israel believes it might be to its benefit. Neither of his positions is supported by evidence and both promote anti-Israel and anti-American intransigence and belligerence – making any solution impossible.

Curiously, in contrast to the bulk of his work, Pipes appears suddenly concerned about the feelings of the Western left and the unbridled self-destructive rage of the Arab Street. We can only speculate why. We can state with certainty, however, that if Pipes has now presented the strongest possible case against an Israeli move this summer, he’s proved that Israel should go ahead. 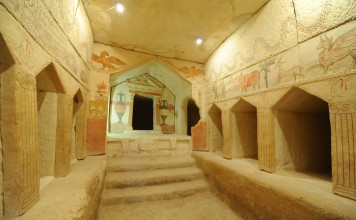