Finally, after months of protest demanding the radical extremist new CEO of the Center for Jewish History, David N. Myers has broken his silence and gave interviews to The Jerusalem Post and The Times Of Israel. Reading his comments was akin to a racist explaining he can’t possibly be a racist, since he has many black friends.

Myers noted, “The person who bears my name about whom people are speaking has no resemblance to the person I know. I go to bed every night thinking about the place, I wake up every morning thinking about the place. It’s in my soul in the deepest and most profound way, simply like that.” We don’t deny he thinks about Israel – his viewpoints which he would not deny – are anti-thetical to mainstream Jewish thinking.  He made no mention of the latest anti-Israel event at the Center for Jewish History which Stephen Flatow described as “violent denouncements of Israel.”

Myers noted, “As someone who has devoted the entirety of his adult life to thinking about and nurturing the Jewish commonwealth, it’s strange to be characterized as a hater of Israel, it’s strange to be characterized as in some fashion someone who’s seeking to cause injury to the Jewish people. I am and always have been a very proud lover of my people, something which actually very few of my colleagues could actually say.”

We are aware his organization New Israel Fund claims to love Israel – yet we stand with Birthright who refuses to collaborate with them, and note that his organization works against the State of Israel claiming to love the State. Whether it is Adalah promoting lawfare, B’Tselem promoting Israel as an apartheid state, HaMoked providing flawed and erroneous data toward the damaging and now debunked Goldstone report, or Breaking the Silence issuing edited testimonies from soldiers about the 2014 Gaza operation, concluding Israel intentionally targeted non-combatants, the money and support of New Israel Fund which Myers helps lead make him an unsuitable choice for the Center for Jewish History despite his “love.”

We note that in the interview Mr. Myers “refused to discuss his political positions.”  He wouldn’t because his positions have been revealed extensively on these pages. Myers radicalism is well known, and he is trying to save his job, but must not be permitted to. Myers attempted to when he declared  “The Center for Jewish history will not be a center of partisan politics in any way shape or form.” Huh? This after weeks of programming which has included activities by Jewish Voices for Peace and multiple other Anti-Israel events. One wonders would the Center for Jewish History allow a leader who supported Yigal Amir, or a leader of the Neturei Karta movement?  Radicalism of all sorts have no place at the Center. For hosting such anti-Israel viewpoints alone, he deserves to be fired.

The campaign has been covered by The New York Times, Los Angeles Times, and countless other media outlets. There has been no disagreement with the facts which have been presented surrounding Mr. Myers. He has the right to his positions, however he is, however unfit to lead a venerable Jewish institution. We continue to call upon the board, including Bruce Slovin, Ira H. Jolles, Martin Karlinsky, Bernard Blum, David Dangoor, Michael Jesselson, Ed Stelzer as well as the American Sephardic Federation, Yeshiva University Museum, and YIVO Institute for Jewish Research to stand up and fire David N. Myers as head of the Center for Jewish History.

Even racists can have black friends. The fact that he speaks Hebrew and “loves” Israel doesn’t make him an appropriate choice.  David N. Myers must be fired and we will not be silent in our demand. This isnt an issue of right-wing vs. left-wing. Its right vs. wrong. 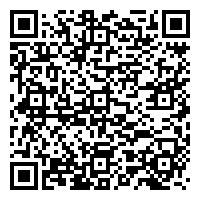