Eleven year-old Yosef K. always looked forward to his weekly get-together with Yitzchak Imas. They would do various activities, and once Yitzchak even took Yosef to Har HaBayit. Yitzchak helped fill the void that Yosef felt since he did not have a father at home.

Twenty-six years ago Yitzchak and his wife Talia made aliyah from Moscow, where they had returned to their Jewish roots. They settled in Beit Haggai, a small community in the Chevron Hills. In addition to working as a gardener, Yitzchak wrote profusely on Jewish topics. He was very involved in learning about Har HaBayit and would go up to Har HaBayit on a weekly basis.


Tragically, on Tuesday evening, August 31, 1999, Yosef’s “father” figure, a father of six children, was brutally murdered near the holy city of Chevron along with his nine-month pregnant wife Talia and neighbors Kochava Even-Shoshan and Avishai Shindler.

Kochava left behind her husband Maimon and their eight year-old daughter. Her husband was one of the first Zaka first aid volunteers to arrive at the scene of the shootings. He discovered that his wife was one of the bullet-ridden bodies in the ambushed car. Avishai Shindler was newly married and a recent arrival to the Bet Haggai community.

Yosef’s mother told me, “Yosef was up at 3:00 a.m. reading the computer news about the terrorist attack. He wanted to go to the funerals which were scheduled for Wednesday at 11:00 a.m., but we had a family celebration to attend. A 12:30 brit milah for my first grandson was scheduled to take place in Me’arat Ha’Machpelah in Chevron.”

Being there is so special. I sought a ride to the brit milah, and found one other person who was going from our community. We arrived early and so I had time to daven. While there I overheard a man, attired in shorts and a backward-riding baseball cap, giving a private tour to two young women, who did not look like they were religious Jews. I struck up a conversation with him. When I mentioned that I had come to attend the brit milah of my friend’s first grandson, he exuberantly exclaimed, “Wow! Just this morning I learned Kabbalah and it was about a brit milah.” He excitedly told the two young women about the brit milah which would soon take place. (It turned out that there were two britot that afternoon!)

Soon afterwards I heard a woman speak in French. I started talking to her in Hebrew, but she didn’t understand me, so we spoke and I used English and my high school French. During the course of our conversation she asked me, “Do you remember the Halimi incident?”

I remembered. Ilan Halimi, a 23 year-old Jewish Frenchman had been lured by a young woman into the snare of a Moslem gang in a Paris suburb, and they had tortured him over a period of three weeks. He was later found handcuffed and bleeding profusely. He died on the way to the hospital from his wounds. The French tourist told me that the final torture had taken place in her home while she and her husband had gone away for a day in order to attend a wedding. They had left their home unlocked. While they were away she watched the news and saw her home on television.

“Do you plan aliyah?” I asked.

“No, life is good for us in France,” she responded.

I protested, “But there are so many anti-Semites in France. Many French Jews are purchasing homes in Jerusalem so that they can have a place to which they can flee.”

“Yes,” she said. “Each time there is an incident in France against Jews, several French families make aliyah.”

Apparently neither she nor her husband saw the handwriting on the wall. Suddenly I heard the brit milah ceremony begin and I told her that I had to leave.

There was music played by one of the baby’s uncles, and there was singing and dancing. The baby was given the name Elishav. At the meal following the ceremony, the father of the baby spoke about the name, “Elishav doesn’t just mean ‘my G-d has returned’ it also means ‘my G-d is returning.’ My wife and I were discussing possible names to name the baby. When we heard about the terrorist attack, during which four Jews were murdered – one of whom my wife’s family knows well – along with an unborn infant, we decided that our son will be called Elishav. We feel that we are in the process of geulah and this process includes difficult times as well.”

We Jews have chosen the blood of circumcision which is a Covenant between us and G-d, while our enemies have chosen the evil path of shedding our blood. May the observance of brit milah and other Divine commandments help bring us closer to our Maker. May we feel His closeness despite the tragedies that we sometimes face. 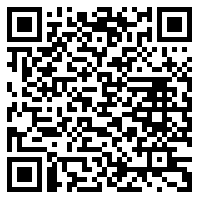