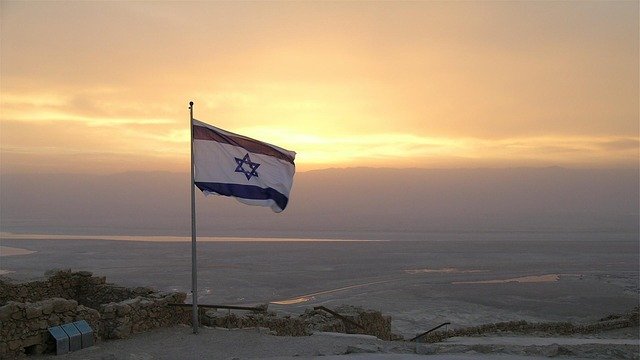 These are heady and heavy days in Israel. Starting with Passover, we relive our national birth as the Jewish people and the great deeds and miracles that God performed on our behalf.

Soon after, on Yom Hashoah, we hang our heads in shock and disbelief at mankind’s capacity for inhumanity as we remember the Holocaust. We are left speechless with horror and the strong sense that we have no answers to many of the most searing questions about what it means to be human.

The following week, we have two days that both define Israel as a modern nation-state and together, viewed as a whole, have no parallel anywhere else in the world.

Of course, I am referring to Yom Hazikaron, the Day of Remembrance for Fallen Soldiers, and Yom Ha’atzmaut, Israel’s Independence Day.

Yom Hazikaron resembles Yom Hashoah, in that on both days we are suffused with a sense of loss. But on Yom Hashoah, we shake and bow our heads before such an incomprehensible and tragic crime. On Yom Hazikaron, in contrast, our heads are high, lifted to heaven, as it were, in understanding, appreciation and gratitude. We know why our soldiers died. Theirs were meaningful, purposeful deaths—sacrifices on behalf of those who would bear witness to what they did on our behalf.

Of course, it is a day of great sadness, because to us, the loss of a life—no matter how purposeful or willing the sacrifice—is also the destruction of a world. But these were not the deaths of victims, as were those of our brethren during the Holocaust. These were the deaths of heroes, of people who knowingly took a risk on behalf of their country or, in the past, on the idea that Jews might someday have a country.

There was extraordinary heroism shown by individual Jews during the Holocaust—acts of compassion and resistance. But no Jew took on the task of heroism as a conscious decision. Instead, their heroism was a reaction to having been consigned to hell, a fate that, for many, prompted almost superhuman behavior. Theirs was an ordeal they did not choose.

If Passover celebrates the birth of the Jewish people as a collective, political entity, then Yom Ha’atzmaut celebrates the rebirth of the political nation-state that this people was promised and indeed was brought to and given more than 3,000 years ago. In its way, however, Yom Ha’atzmaut is also a day of remembrance, for it is only with grateful and humble remembrance that we can truly internalize the significance of what the day celebrates.

On Passover, we remember that we are standing on the shoulders of giants—our ancestors who left Egypt, came to the Land of Israel, gave us historical vitality and bequeathed to humanity the genius of Jewish wisdom and tradition.

On Yom Hashoah, we remember that we are standing amidst the ashes of our beloved ancestors, whose great crime was to have been blessed, to be part of the chain of transmission that left Egypt and experienced the Land of Israel. Our promise to them is that their deaths will not be in vain. That from the searing awareness of their nightmare, we will redouble our efforts, in their memory, to live and not to die as Jews; to live lives of dignity and purpose; and to tell the world that those whom they sought to obliterate live on.

On Yom Hazikaron, we honor those who realized that promise in the form of the State of Israel. And on Yom Ha’atzmaut, we celebrate that realization itself with a day of great appreciation, not only for our ancestors but most especially for those whose efforts and sacrifice made it possible.

My wife and I have the privilege of annually celebrating these inextricably linked days in our little town in the Upper Galilee. Rosh Pina is one of the oldest communities in modern-day Israel, and on the eve of every Yom Hazikaron, we gather to read the names of those who died in our defense. Moreover, because of our historic roots, many of our Rosh Pina heroes died before the formation of the state in the defense of Jewish communities during Arab riots or from sniper attacks emanating from the then Syrian-held Golan Heights.

The following morning, we climb the hill to the Rosh Pina Military Cemetery, a place of unspeakable dignity, to attend the annual memorial service. As is true of the most powerful rituals, the service is the same every year, the sole variation being which member of Knesset delivers an address. Wreaths are laid at a collective tomb, a three-round salute is fired by some 20 soldiers and flowers are distributed to be left on the cemetery’s many, many graves. Walking among them, one is struck by how young the deceased were, and we are left to wonder what might have been.

It is very powerful to see the grave of Meir Dagan, a former head of the Mossad and general of the Israel Defense Forces, next to the graves of our neighbors’ sons. The graves are indistinguishable, except for the personal particulars.

Such is the power of mission and dedication.

There are gatherings around many of the graves, with family and friends greeting one another, fully intent on making sure the deceased know we are all there for them.

Somewhat manically, the somberness of the day then switches to exaltation as we gather at nightfall to celebrate our nation’s birthday with song and dance, skits and fireworks. We honor a local citizen and then children go off to play on any number of inflatable bouncy attractions. It is a small-town celebration and I wouldn’t miss it for the world. It is the culmination of days of belonging, of feeling part of something so much bigger and more important than our individual selves.

One of the lessons that the West is learning these days is the importance of appreciation. Without a grateful appreciation for what it took to bestow on us the material wealth and security that so many of us enjoy, all of it will inevitably disappear.

That is one of the many reasons why these days in Israel are so important. While we are celebrating what we have, we are doing so while being mindful of what it took to get there. Only with that recognition can we maintain the resolve to make sure that our great-grandchildren will have the same opportunity and desire to remember our tragedies and celebrate our triumphs. 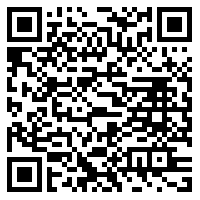