Last week I spent the holiday of Pesach with my sons and family, in a beautiful resort in Morocco. It was my first time visiting that country and I was surprised by what I found.

To start, the resort we stayed in was so magnificent I felt as if I was staying in the king’s palace. The rooms were large and had a magnificent view of the ocean.


On the premises of the resort one can find everything imaginable; a beautiful pool surrounded by grass, palm trees and beautiful sitting areas. There was a separate beautiful pool for children that was carved in a stone, making an artificial waterfall and two slides through the gardens that led into this pool. There was a playground and a horse ranch. There were tractors and jeeps to ride in the sands, horses to run through the water and sand, trampolines, mini golf, and omega for the children.

The dining room was tremendous with sitting room and space for everyone to eat with their families like kings. During the evening meal there was a band that played music and entertained to everyone’s delight. In between meals there was a lounge with drinks and cakes to tide one over until the next meal, including children’s meals.

There was babysitting services, taxi services, and any service you can just imagine. There were people standing in uniform waiting to serve you. The place was clean and beautiful and the service was outstanding. The Moroccans spoke English fairly well.

Morocco itself is a beautiful country, with the beautiful landscapes; there was so much to see. During the day we traveled to the marketplace in Casablanca and Marrakesh, and went to see the gravesites of the holy Rabbis and holy people buried in Morocco as well.

The city of Fes which is in the northern part of Morocco is beautiful and ancient. In Fes there is an ancient cemetery where many righteous, holy people are buried. There is a young holy girl by the name of Sulica, that is buried there as well. She was killed in a brutal way because she refused to marry the king’s son who was obviously not Jewish.

As they took her out to be killed, she pinned her dress to her knees so that she would stay modest, and that her body would be covered. This heroic act was cherished by all the Jews till this very day.

Despite the fact that I was in a Muslim country where the spoken language was Arabic, I found that the manners and the mannerisms of the people living there were very polite. Coming from Israel, I wondered how it would be to come to a Muslim country, and this thought crossed my mind and made me a bit nervous. However, when I arrived to Morocco, I found myself being neither nervous nor scared.

Obviously, tourists are usually treated very well since they will be supporting the country monetarily, during their stay. However, I had the feeling that although we were tourists, we were treated the way they treat everyone.

In Morocco there’s a certain discipline. Perhaps, the fact that they are not fighting for the land that they live in, stops them from acting in a hostile manner. So it was comfortable to be around them.

We went through SARAH TOURS which made it possible for me to enjoy my holiday to the utmost degree. Not only did I enjoy the Passover holiday, but I got to explore a new country that I never would have gone to, if this program wasn’t organized so well.

I hope and pray that by next year Pesach time, everybody will be in the holy land of Israel in Jerusalem sacrificing the korban pesach at the Holy Temple. That will surely be the ideal. So let us pray for our full redemption. No matter how beautiful another country is, there is no place like home, when home is Israel. 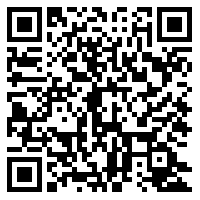