In a geopolitical version of the movie “Groundhog Day,” the Palestinians have continually employed a series of dog whistles that are intended both to rally the faithful and gain the sympathy of an unwitting world. Chief among them, of course, is the Al-Aqsa mosque on the Temple Mount—the site of large pilgrimages during the month of Ramadan, which started at the beginning of April, and disturbances throughout the year—is “under attack.”

In the classic mode of projecting one’s own conduct onto others or seeking to do so, Palestinians who are intent on rioting invoke the threat to Al-Aqsa as the rationale for their actions. But we all know that Al-Aqsa is never under threat. If anything, Israeli police and authorities treat it with kid gloves, allowing violence to flare up rather than taking steps that could be seen objectively as some kind of incursion.

Yet the inevitable pattern is that the “threat” to Al-Aqsa is used as a call to arms. Rioting ensues, Israeli security forces react, and the Palestinians and Israeli Arabs point to the security reaction as proof that Al-Aqsa was indeed threatened.

In the world of PR and advocacy, this is called great work if you can get it. It also means that you are relying on the Pavlovian reaction of useful idiots who unquestioningly buy into this choreography of events and the reaction to them.

We have seen the same pas de deux with the alleged threats to the Sheikh Jarrah squatters. And then there is my personal favorite: The supposed attempts by Israeli authorities to “Judaize Jerusalem.”

The logical question then arises: if we know all of this, why can’t we head it off at the pass?

Here is a simple suggestion: Get a jump on the situation and tell the world—here is what to expect. Then, detail exactly what the chain of events will be, including the reaction that the receiver of the information will be expected to parrot.

One thing that Arabs do very well is to stay on message. This might be a triumph of rote dogma over nuanced reasoning, but it serves their purposes very well. In other words, they are not embarrassed to constantly repeat a set of talking points about a series of totally fictitious events. Said enough times, however, they eventually appear to be truthful.

So, I suggest that we do the exact same thing by regularly telling the world what they should expect. Here is what you will be hearing, we should say, here is the fantasy that will be imposed on you.

Then I would go one step further and tell the world: Here is how you will be expected to react. You will wring your hands. You will look at carefully crafted images, designed precisely to get the reaction that you will provide. And here is what the Palestinians expect you to say. And of course, you will say it. The fact is that you can be counted on to react this way, and by doing so, all you succeed in doing is to play into the hands of the Palestinians, thereby confirming that they should never fix the unbroken wheel of their fantasies.

We need to be constantly telling the world that, if you are serious about seeing peace in the Middle East, stop being part of the problem and start being part of the solution. The solution is to call the Palestinians out for their false propaganda and actions, and the rioting that inevitably ensues.

Exposing these seemingly spontaneous outcries about a fictitious Israeli threat for what they really are—cynical, manipulative dog whistles—should at a minimum change the reaction of observers. Only those who resent Israel’s control of Jerusalem or seek any excuse for attacking Israel, and therefore become willing co-conspirators with the Palestinians, will continue to reflexively criticize the Jewish state. Others, having recognized that they are being played for saps, might not only refrain from their traditional criticism but actually call out the Palestinians for completely counterproductive behavior.

I do not expect that the Palestinians will thereby change their modus operandi, but the impact of their efforts could be blunted and neutralized.

Ultimately, the effectiveness of the Palestinian strategy depends on the reaction it provokes. Taking a page from the Palestinian playbook, if we can incessantly point out exactly what the Palestinians are doing, will be doing and how it is all rooted in the attempt to manipulate the world community, we will have done ourselves, and the cause of peace, a major service. 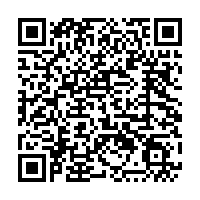