Eighteen leading constitutional and business law professors have teamed up to submit an unprecedented brief in support of Texas’ anti-BDS law, currently being reviewed by the U.S. Court of Appeals for the Fifth Circuit. As some of the nation’s most celebrated legal scholars, these professors hail from across the ideological spectrum, demonstrating the broad consensus on the legality of anti-BDS laws.

Thirty-five states have passed “anti-BDS laws” in the past eight years, and CMEIL Director Prof. Kontorovich is widely regarded as the “intellectual architect” of such laws. These laws recognize that refusing to do business with people just because of their connection to the Jewish State, rather than their individual conduct, can be considered a form of antisemitism. When done by state contractors, it robs the state residents of the benefit of having what might be the most cost-effective and innovative products and services employed by those who work on their behalf – and the amici note this case is a good example of that. None of these laws ban such boycotts – but just prevent them from being subsidized with tax-payer dollars.


Among the law professors on the brief are Professor Alan Dershowitz, formerly of Harvard Law School; Richard Epstein of New York University School of Law; and Eugene Kontorovich of George Mason University Scalia Law School. Jerome Marcus, another member of the counsel for the amici curiae, is a Fellow at the Center for the Middle East and International Law (CMEIL) at George Mason University’s Antonin Scalia Law School. This is the largest number of scholars to submit an amicus brief on either side of the anti-BDS litigation that has played out in courts across the country over the past several years.

The brief, filed on Thursday, powerfully argues that refusing to do business with companies or people because of their connection to Israel is commercial conduct that the state can regulate. Supporters of the “Boycott Divest Sanction” movement against Israel argue that anti-BDS laws, such as the one in Texas, violate the First Amendment. These professors point out that the Texas law deals with what state contractors do, not what they choose to say, and thus does not enjoy Free Speech protection.

Despite a litigation onslaught by national groups such as CAIR and the ACLU, anti-BDS laws remain good law in every state that has passed them. As the impressive list of scholars who have joined our brief shows – and the trial court recognized – these laws do nothing more than what the Supreme Court has clearly and unanimously permitted.

The brief also captures the dangers of finding the Texas statute unconstitutional. Were the Fifth Circuit to hold the law in violation of the First Amendment, a large number of federal and state laws that bar private businesses from discriminating against other persons and businesses based on race, gender, national origin, sexual identity, sexual preference, and familial status might be in jeopardy. A discriminating business could simply claim its discriminatory economic activity is part of an ideological boycott, as the plaintiff has done here. Moreover, foreign sanctions laws, like those against Russia and Iran, would be called into question: if refusing to do business is protected speech, then choosing to do business with a particular country to show political support would also be protected.

“Arguments that anti-BDS laws violate the Constitution threaten to put Jews outside the protection of anti-discrimination principles,” Prof. Kontorovich said. 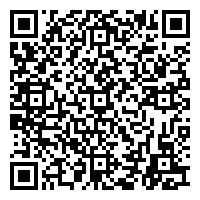