Like most Americans, I am deeply outraged by the brutal murder of George Floyd in Minneapolis by a white police officer, as he yelled “I can’t breathe.” I believe that it is a travesty of justice for any man to be murdered in this gruesome manner, especially when he posed zero threat to his surroundings.  If he was not African American, it is likely that the employee at the store would merely have asked for him to give him a different bill, rather than calling the police on him for a twenty dollar bill that he may not have known was potentially counterfeit.

Nevertheless, even though racial injustice is systematic in America, I believe that defunding the police as the Minneapolis City Council and New York’s Mayor has proposed doing is not the cure to the horrific disease known as racism.  All defunding the police will do is encourage anarchy and violence, thus leading to more violent rapes, murders, and the destruction of property, which adversely affects women and minorities.  In Minneapolis, the looters destroyed the evidence room in the local police department, which journalist Tucker Carlson said will “make sure that many violent crimes will never be solved.”

As a Sephardic Jewish American, whom the US Supreme Court has classified in the same racial category as Hispanics due to the fact that my ancestors were expelled from Spain and spoke Ladino, a dialect of Spanish, I have witnessed how a nation where anarchy reigns supreme is not a hospitable country to live in, especially for women and minorities.  David Dorn, a retired African American police officer, was shot by looters and left to die out on the streets.   As the Jewish Press reported previously, Our Lady of Mount Lebanon-St. Peter Cathedral, a Maronite Church populated by Christian refugees from the Middle East in Los Angeles, was sprayed with the slogans “kill all cops” and “make America pay for its crimes against blacks.”

In Los Angeles, Congregation Beth Israel, Beit Medrash Kehilat Yaakov, Congregation Tiferes Tzi and the Young Israel of Hancook Park all were defaced with anti-Semitic graffiti, as the rioters screamed “f—ck Jews.”   However, as the Jewish Press noted, the ugliest graffiti was reserved for the Moroccan Jewish Babe Sale Synagogue, which was defaced with the slogan “f_ck pigs.”  Three religious schools, Bais Yaakov School for Girls, Bnos Devorah High School, and Ohr Eliyahu Academy, were also vandalized.  On top of that, 75% of the Jewish-owned stores in the Orthodox Jewish enclave of Beverly Hills were looted and sprayed with anti-Semitic graffiti.  Closer to home in the Washington, DC area, the windows of Chai Bar, a Kosher restaurant, were smashed.  Another kosher restaurant, Shouk, was looted and set on fire.

As a Sephardic Jewish American, how can I feel safe walking across the streets of America?  How do I know that my parents’ home and synagogue will not be attacked next?  How can I trust that I will not get raped and murdered during my next visit home for walking down the street because I am a religious Jewish woman who wears a hair cover?  If the American police can barely protect the White House, how can they protect a Sephardic Jewish Orthodox woman like me?

After America has endured so much rioting, looting, burning and murders amid the unrest, which has adversely affected African Americans, Jewish Americans and the entire nation at large, America needs a strong police force and law and order more than anything else right now.   Re-establishing law and order is more important than anything else at this point.  Without it, America as we know it will die.  Furthermore, it must be stressed that destroying America will do nothing to bring about racial equality and an end to police brutality.  All it will do is make women and minorities suffer even more, and I doubt that George Floyd would want that if he was still with us.  Therefore, I beg Americans to seek true reform based upon educating the police about the importance of racial equality and respect for minority rights, not self-destruction, not anarchy and not the defunding of the police. 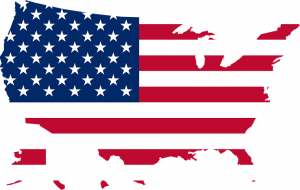