Prime Minister Benjamin Netanyahu on Sunday opened his weekly cabinet with kudos to President Donald Trump and his Secretary of State Mike Pompeo:

I would like to commend President Trump and Secretary of State Pompeo for their decision to impose sanctions on the International Criminal Court in The Hague. The court in The Hague is a political body that is hostile toward Israel, the US and other democracies that respect human rights even as it ignores other countries that violate human rights, especially – of course – the terrorist regime in Iran. The court invents absurd accusations against the State of Israel, including the scandalous claim that the presence of Jews in the heart of our homeland constitutes a war crime. This contravenes common sense, it contravenes international law since the San Remo Conference 100 years ago and it contravenes justice. I thank President Trump and the American administration again for their stand on the side of truth and justice.

Netanyahu followed this with a promise:

Today, we will begin practical steps in establishing the community of Ramat Trump on the Golan Heights, Israel’s sovereignty over which was recognized by President Trump.

Netanyahu did not refer to the issue many on the right have been debating over the past week: whether Israel will impose its sovereignty over some 30% of Judea and Samaria, while making a commitment to the US government to encourage a Palestinian State on the rest of the territory.


Netanyahu condemned the rise in the calls for violence in Israeli society, saying:

We must show zero tolerance toward anyone who threatens to murder judges and elected public representatives alike. Just last month I filed three complaints with the police about threats to murder my family and me. I call on the police to take strong and quick action to eradicate the blight of incitement. It has no place among us.

Referring to the debate in Israel over juggling the need for safety vs. the needs of the economy during the coronavirus pandemic, Netanyahu said:

The corona is still here. I regret that as of the moment there is no improvement regarding infection. The daily number of infections continues to be around 200 cases a day. Of course, this is a warning light. I would like to bring to the attention of the government and the public the research at the universities of Cambridge and Greenwich, which was published recently. I cite the research study to the effect that wearing masks by the public is twice as effective in lowering the R-value [the average number of people that an infected person will pass the disease on to] than wearing them only after the onset of symptoms. In all indices checked in the study, it was found that wearing masks by half of the population lowered the R-value to less than 1. That is to say, it stopped the pandemic. If lowering the R-value to less than 1 stopped the pandemic, then I reiterate and request the public to follow the Health Ministry rules – wear masks, maintain distance and wash hands.

Prof. Ilan Reiss from the Technion wrote to the head of the National Security Council and said that he describes masks, distance and hands as a kind of mini-closure. This is a mini-closure that citizens in effect impose upon themselves, which prevents the need to impose community or national closures and the other restrictions that we would like not to re-impose. This is what makes possible the continued opening of our economy and, of course, renders the continued maintenance of the public sphere much more pleasant for all of us.

This week we will also continue to hold meetings in order to open the economy. We will do this with the Finance Minister, the Governor of the Bank of Israel and all relevant agencies with the goal being to restore economic growth and to help put people back to work. However, from time to time, we will offer localized assistance.

Today we are submitting to the Cabinet such localized assistance to the city of Eilat. Today we will submit for Cabinet approval, together with the Interior Minister, a decision to allocate over NIS 50 million in assistance to small businesses in Eilat and to residents of the city. We will take action to promote and strengthen tourism in the area so that the city will be able to operate with certainty and attract many tourists even in the shadow of the coronavirus. This is happening. Domestic tourism is gradually replacing – not fully, but partially – the foreign tourism that has been hit. We will continue to act for the residents of Eilat and fully implement the decisions we have made for the development of the city and its environs. 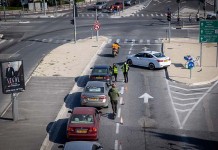 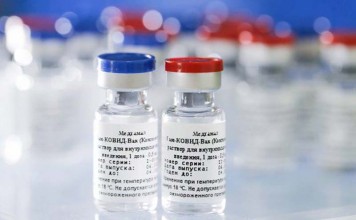 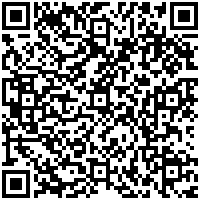