As they say, it’s Deja vu all over again.

The same targets, the same cheerleaders heading the attacks and the same ones crawling under the covers lest they be demonized too.


The first time was the Inquisition after the Rabin murder in 1995.

I must say that the media and powers that be did quite a job then. I was an uncompromising and zealous critic of Rabin and all that he perpetrated since the Oslo perfidy. Yet, even I, was so affected by the propaganda brainwashing that I considered paying my last respects to the man that brought Arafat into our homes and who killed holy Jews on the Irgun ship, Altalena.

I came to my senses after a while but I realize now the power that they wield over our minds. I remember a veteran “settler” of Kiyat Arba, walking around with a big sign, ” I am ashamed.”

A couple of days after the murder, I was in a shop with two young men I did not know. I over heard them criticizing Peres, the new prime minister. I took out my pad and pen and asked them, “What did you say?’ Did I hear you correctly?” They turned white at my bad joke. I was amazed that my little test brought the results I feared: We were NOT living in a democracy, Big brother was watching and they were terrified. “1984” was here.

The Rabin government shut down the only remaining voice of opposition to the blatant treachery. Those who was cast doubt in the minds of the public were arrested. The opposition to the government and their odious lies was were eliminated. Israel experienced what Soviet citizens probably woke up to every morning – “Socialist Realism.”

The second time was during the months, weeks, days, hours and minutes before the historic crime of Gush Katif. Again – “Socialist Realism”

It took just one corrupt and determined man wanting to stay out of jail to bring most of the country behind him in the senseless, cruel and suicidal expulsion of 2005. They did not catch me in their web this time and I soberly and painfully witnessed the decent of a country accompanied by an orchestrated psychological /fear campaign that trounced Israeli law and basic civil rights in broad day light. Tens of thousands were just “following orders.” Thousands, particularly minors were beaten, arrested or detained – totally illegally. Israel 2005.

I recall, when Bush visited Israel eight years ago, the journalists were put up in the Dan Panorama hotel. A man stood outside with pamphlets containing information about the corruption and violence that is the Palestinian Authority. They call it freedom of speech I believe. Well it wasn’t what the government had in mind. They wanted the lies to go unchallenged and the Bush “Road Map” to be bought.. Thus the man was dragged away by a plain clothes cop. Simple. Gone.

I wanted to enter the hotel as I was wearing a free Pollard sticker on my jacket-roblematic for the government. They did not want the journalists to ask questions about our friend the US and its cruelty to Jonathan that might tarnish the Bush visit. So I was very rudely expelled. Were my “rights” trampled that night as well? Who knew. Who cared?

And now, once again in 2015: Israel is experiencing yet another phase of Arab terror. Arab men, women, boys and girls, are daily using what ever comes to their hands at the moment to murder Jews all over the country, not only in the “territories”.
The government simply has no solution to this latest phase in the now hundred and fifty years of war against he Jews in our land.

Giving them land or guns of Nobel prizes will not satiate their blood lust any more.

So what to do?

Find a common enemy that CAN be defeated; one that is sufficiently different from most Israelis. One that lives on the margins of society. One that will not agree to be cannon fodder for “peace,” Gotcha! It’s the “Hill -top youth.” Public enemy #1.

What is worse in Israel today than a Jew killed by an Arab? Simple answer: An Arab killed by a Jew.

Add that to a weird wedding dance with weapons and we have a national hysteria and preoccupation that overshadows the daily Jewish blood letting. (Was this possibly a government set-up as has happened in the past. Avishai Raviv – government provocateur who encouraged Amir to kill Rabin)? Rabin in SS uniform, compliments of Raviv…police dressed as Arabs to provoke settlers and then arrest them? Mmmm…

It remains to be seen how these kids managed to enter to the center of an Arab village, burn two houses, paint on the walls and leave unnoticed. Were they super commandos?
The family killed in the fire were involved in a bloody clan feud (a common phenomenon in Arab society) in the village for years.

The Jewish suspects have been denied their legal rights and have undergone prolonged and severe torture, according to them , their families and their lawyers.

The government MUST get their man and it MUST be a Jew!
All “according to the law” of course and with approval of the courts.

Once again the “Right-wing ” are heading for cover and hoping for an approving pat on the head from the powers that be.

After decades of witnessing this rule of law, I am reminded that there were also laws and courts in the USSR… and in Sdom too. 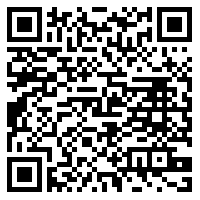