Those who are subjected to emotional suffering tend to be kept out of society’s line of sight. All the more so when society is either the cause of the suffering or can alleviate it and does not do so.

On the individual level, suffering takes up all of one’s energy, attempts to escape it consume one’s financial resources, and all of one’s time is expended in its alleviation. As a result, it is easy for the average person not to notice the suffering or to ignore it.


Fortunately, tools have been developed that serve as reminders that stir our conscience. One such tool is the determination of particular calendar days to raise awareness of a specific phenomenon. This is the purpose of International Agunah Day.

Ta’anit Esther, which falls on March 7 this year, has been set aside to remind us that there are women suffering in our midst as their Jewish husbands refuse to free them from the bonds of marriage despite the marriage’s utter breakdown. In doing so, the husband creates the agunah – the victim of get-refusal.

Not much has been done since last year’s Agunah Day to resolve the agunah problem. If anything, the problem has grown more acute – witness the weekly seruv listings on the pages of The Jewish Press. The refusal of Jewish men to grant Jewish women a get has been reported on the pages of various Jewish-American and Israeli publications and, even more devastating for Jewish society, the general media, both mainstream and social: The New York Times, The Wall Street Journal, YouTube, Facebook, etc.

The standing of Jews is weakened every time those who aren’t Jewish read, see or hear about the inability of a grown woman to exercise her human right to leave a failed marriage. Her inability is an expression of the inability of the greater Jewish society – laypersons and rabbis alike – because it is due to the quiet acceptance of her suffering. The inaction in our communities and in our rabbinic establishment is more than a reflection of our ignoring the problem. It is actually a cause of the problem.

Get-refusal is a particularly insidious form of domestic abuse, since the abuser justifies his actions to himself. After he has totally convinced himself he is acting in accordance with societal mores it is easy for him to continue in his recalcitrance. As it is, the community around him is wont to “keep out of other people’s private affairs” and will conveniently ignore the suffering caused to the agunah, thus adding to it.

When rabbis do get involved and issue a ruling that the man has made his wife into an agunah, it may have been so long in coming that the husband’s obstinacy has been buttressed and reinforced by society’s inaction up to that point.

Fortunately, not all Orthodox Jews are complacent in this simplistic ignoring of the agunah problem. For example, the Yeshiva University-based Organization for the Resolution of Agunot in the United States and the Council of Young Israel Rabbis in Israel have extended help in many forms to many agunot, working to ease the women’s pain and bring about a resolution. Indeed ORA has organized numerous demonstrations over the past few years, held in protest of recalcitrant husbands’ abuse of power.

It is interesting to note that the clear majority of protestors in the earlier demonstrations were Modern Orthodox, with “yeshivish” individuals joining later on. The crying out against abuse of agunot coupled with the relative lack of public disapproval gives the impression that the more stringent a community in its adherence to kashrut, Torah study and dress code, the more lax it is in its adherence to two crucial mitzvot: lo ta’amod al dam rey’echa and hocheyach tochiach et amitecha.

In the first instance, one is instructed by Torah law not to stand idly by when one’s fellow Jew is suffering, when that person is in need of help, when one’s support can make the difference. The latter mitzvah makes it incumbent on the God-fearing Jew to remonstrate one who is behaving improperly and transgressing a commandment. The agunah and the get-refuser, respectively, are prime examples of these categories. Where is the community’s stringency in obeying these two mitzvot? Where are the societal demonstrations of zero tolerance for any instance of get-refusal?

Any society is judged by how it treats its weak and suffering. Just read the words of our prophets. For Jews, that is the measure of Kiddush Hashem, sanctification of God’s name. Tragically, the get-refuser and the society that turns a blind eye to his actions choose to ignore that responsibility. For the desecration of God’s name is not caused only by the get-refuser himself. The entire Orthodox Jewish community is responsible. 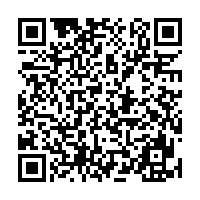