What Were They Thinking? Re “Jewish Leaders: Arabs Counting on Israel to Eliminate Iran Threat” (front page news story, Feb. 24):

I was troubled by some comments attributed to officials of the Conference of Presidents of Major American Jewish Organizations. While I recognize the value of having capable organizational leaders with access to heads of state around the world, I wonder whether revealing what the discussions were all about is helpful.


It would seem to me that if this kind of “back channel” is to be useful, those interested in sending a message must have absolute confidence in the discretion of their messengers. I wonder whether the Arab leaders who were met with were all that happy with the disclosure that they are on board with Israel on significant issues. They, as well as Israel, live in a very dangerous neighborhood.

Also, I hope the positive spin on the intentions of Arab leaders with respect to Iran and the Israeli-Palestinian conflict will not serve to feed the pressure on Israel to make further concessions. Andrew Schiller (Via E-Mail)

Israel Must Decide The news that American intelligence agencies are advising the president that they have discovered no evidence Iran is moving toward a nuclear military capacity confirms my feeling that Israel is to be isolated regarding Iran in the coming weeks and months (“Division Over Iran?” editorial, Feb. 24).

Of course, the news came just days after the UN’s nuclear monitoring agency came to precisely the opposite conclusion. While Israel is not alone in having reasonable fears of a nuclear Iran, it is in most immediate and direct danger. In the final analysis, it has to be Israel that finally decides on a matter so critical to its survival. Yehudit Franco Jerusalem

Her life of courage and dedication, as lovingly portrayed by her grandson, is a true inspiration. She was the daughter of a Talmudic genius and was also married to one, but she seemed to have a lifelong mission of her own, putting her superior intelligence and creative talents at the service of Jews in need.

One has but to look at her face to just know she was especially compassionate, introspective, utterly unflappable and completely comfortable with her role in life – a mix that is of inestimable value to those in desperate need of guidance and comfort. Menachem Abromovitch (Via E-Mail)

Article Inspires Fond Memories Dr. Rivkah Blau’s “A Landscape Transformed: Orthodoxy and America’s Elite Universities” (front-page essay, Feb. 24) was of particular interest to me, since I lived in Elizabeth from 1968 to 1974 and had the privilege of knowing Rav Mordechai Pinchas Teitz, zt”l. I also know Dr. Blau, her husband Rabbi Yosef Blau, and her brother Rabbi Elazar Mayer Teitz.

I came to Stevens in 1968 and, after seeing the virtual non-existence of any formal Jewish life on campus, decided a kosher dining club was needed. I was able to convince a group of boys to join a kosher dining club if I could get one started. I went to Rav Teitz and told him what I wanted to do. I will never forget his reply: “We started Princeton and now we must help Stevens.” This was Rav Teitz’s way. He was a doer.

Shortly thereafter he gave me a check for $1,000 to start the dining club in the basement of a nearby synagogue. Truth be told, until I read in Dr. Blau’s article that Mr. Levy supplied the funds, I never knew where they came from.

The dining club lasted only one year, unfortunately. Some of the boys lived on the third floor of the shul, and the rabbi expected them to help make the daily minyan. Given that only one of the boys had a yeshiva education, it is not surprising that they resisted this. At the end of a year the congregation decided it did not want the dining club in its synagogue, and that was the end of it.

Reading Dr. Blau’s article brought back many memories, even though I had nothing to do with Princeton and its Jewish activities. The mention of my friend Rabbi Dr. Leon (Eliezer) Ehrenpreis, z”l, is just one of them. Professor Yitzchok Levine Brooklyn, NY

Editor’s Note: Dr. Levine writes the popular monthly Glimpses Into American Jewish History column for The Jewish Press. This month’s installment can be found on page 68.

Demonizing Obama Recently I posted comments on several Orthodox websites defending President Obama from the absurd charges that he’s an anti-Semite and that he wishes to harm Israel. I wish to share some of my feelings with your readers. 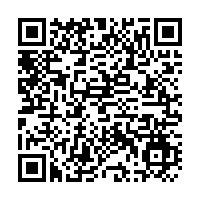