So while some of us were celebrating the Jewish New Year and taking the last couple of days off from politics, it appears a video has more or less decided the election.

That’s the assumption of much of the mainstream media about the impact of the release of the video of Mitt Romney speaking back in May at a private fundraiser about the 47 percent of the country that doesn’t pay taxes. They think this means it’s time to put a fork in the Republican candidate. They believe the pile-on from both the Democrats and their media allies will be enough to effectively push Romney far enough behind the president that he will never be able to make it up in the weeks remaining to him.

This is, to understate matters, something of a self-fulfilling prophecy since the reason the video is considered to be such a big deal is because it has been covered as an earthshaking gaffe that ought to spike Romney’s hopes of ever winning the presidency.

The assumption that Romney has been fatally damaged is incorrect. The initial reaction to the video clips will probably damage Romney, but it will not affect the bulk of his support in a race that is still close.

The reason the video hurts is that it played into Obama’s greatest advantage: a pliant media quick to dismiss his blunders but sure to make a meal out of any of Romney’s gaffes. But it is time for the Romney campaign to understand it must exploit the fact that half the country believes the liberal media are out to get him. Romney must tell the country that it must not let the chattering classes decide the election before they’ve had a chance to vote.

Let’s specify that Romney’s statement was dumb. No presidential candidate should ever make such a sweeping generalization. Romney has a habit of making gaffes and this was yet another example of one of his weak points as a leader. Yet for all of the fact that he painted those who don’t pay income taxes with a broad and inaccurate brush, his comment was still based in a correct interpretation of the philosophical divide between the approaches of the two parties to the entitlement welfare state that has played such a destructive role in American society.

But as much as some of the carping about the Romney campaign from Republicans has been justified, let’s understand the reason this video is being seen as the turning point in the election is that the liberal media, determined to reelect the president, are saying so.

This is the same media after all that were faced with a similar gaffe four years ago when Obama was caught on tape at one of his private fundraisers making similarly stupid comments dismissing much of America as “clinging to guns and religion” because of their fears and small-minded natures.

While that video did not go unreported at the time, the reaction from much of the press was indifference. Right-wing bloggers and columnists screamed about it but it was not treated as front-page news in mainstream newspapers. The explanation for that is not exactly a mystery. If most reporters and their editors didn’t play it that big it was because most of them shared Obama’s contempt for religion and guns and those that cling to them.

Let’s also remember that the president’s “you didn’t build that” gaffe has been endlessly defended and rationalized by the media instead of being covered as an open and shut case of his being out of touch with much of the country’s beliefs. The president’s open microphone moment earlier in the year, in which he promised Russia’s president that he could be more “flexible” in accommodating Moscow after his reelection, was also underplayed.

Any Republican who runs for president and is surprised to find the deck is stacked against him in the media doesn’t deserve the office. But that doesn’t mean Romney should take this double standard lying down. Rather than play defense on this issue, the Romney campaign must make it clear it intends to treat this story as being more about media bias than about the candidate’s stupidity. If played right, that could not only jazz up a GOP base that despises the media, but put the Republican’s tormenters on the defensive. 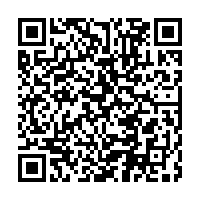