Prime Minister Benjamin Netanyahu will see his electoral support plummet unless he finds a better solution to the barrage of Hamas rockets and incendiary kites than bombing empty buildings. What we see now is déjà vu – a return to the tit for tat that plagued and disrupted the lives of Israeli residents near the borders, forcing them to spend half their lives in shelters.


Netanyahu is to be commended for initially avoiding an open conflict with Hamas in the south while facing the main threat emanating from Iran and Hezbollah in the north. The Egyptians, who have no love for Hamas, have been acting as intermediaries and have been pressing Israel to display restraint.

But the principal inhibiting factor has been the legitimate concern that a military operation would result in considerable civilian and military casualties, although there is no doubt that Israel would overwhelmingly crush Hamas.

However, in addition to the casualties, the removal of Hamas would create a vacuum, obligating Israel to assume full responsibility for the welfare of the civilians. This is a nightmare that the government is understandably loath to contemplate.

But despite these legitimate concerns, red lines have been crossed and unless Israel now gets much tougher, Hamas will become emboldened and the next round will be more extreme.

The aftermath of the 2014 Israel-Gaza conflict was three years of quiet with swift and powerful retaliation when Hamas initiated acts of aggression.

But alas, Israel’s deterrent effect has been eroded with the substitution of bombastic empty threats or bombings of buildings and installations that do not appear to unduly concern Hamas.

The recent attacks have escalated to as many as 200 missile launches in one day, even landing in Beersheba. In addition, the lobbing of thousands of incendiary kites – the “kite intifada” – have burned thousands of acres of agricultural land, leaving Israel’s south in flames.

The violent mass protests at the border continue unabated.

The government had announced it would not reopen the crossings without the release of two Israeli civilians and the remains of two soldiers held captive by Hamas. Hamas has adamantly refused and demanded the release of 80 Palestinians, many of whose hands are drenched in blood. The government cannot afford a repeat of the Gilad Schalit deal after many of those then released returned to commit acts of bloody terrorism.

In this environment, both Hamas and the government have been proclaiming that they wish to avoid war and restore calm. But every time a truce is announced, Hamas breaks it.

Moreover, journalist Nadav Shragai revealed in Israel Hayom that the government provided safe passage to Gaza for Saleh Arouri, deputy leader of Hamas’ political wing. Arouri had served 18 years in prison for terrorism. On his release, he was involved in negotiating the Schalit exchange and was subsequently responsible for some of the most bestial recent acts of terror including the kidnap and murder of the three youths in 2014. It is mind-boggling that Israel is engaged in direct negotiations with Hamas and actively abetting a monstrous murderer like Arouri as an intermediary in negotiations.

At this stage, Hamas has only offered a temporary halt in launching missiles. It refuses to discuss the release of the two Israelis and remains of the soldiers. It refuses to stop the incendiary kites and balloons and insists that the violent demonstrations at the border will be maintained until such time as the so-called “Palestinian right of return” is accepted by Israel.

The recent media reports from the government suggest that “Hamas suffered a severe blow” and that Israel, after many denials, has now accepted the truce. This is nonsense. The people of Israel deserve better.

They are entitled to more than meaningless tweets. Netanyahu should address the nation and explain what is happening.

Most Israelis desperately yearn for peace. But creating false illusions undermines any possibility of reaching a genuine peace or even long-term quiet on our borders.

Since the launching of the very first primitive rockets that our leaders dismissed as insignificant, our citizens in the southern area have suffered considerably and been transformed into refugees in their own country. After successive wars that temporarily created a deterrent effect, the situation has now eroded to the point where Hamas disregards our empty threats and bombings of empty buildings.

We have not learned from the past. We are again acting with restraint as the terrorists gauge our response and resolve. After the events of the past few weeks, we should demand that our government display leadership and strength and adjust its policy of restraint instead of accepting a situation where Hamas tactical considerations determine the quality of life for citizens in the south.

Appeasement only emboldens our enemies, who harbor genocidal ambitions against us as their goal. And the absence of deterrence will inevitably, as in the past, lead to war.

All Israelis are willing to make great sacrifices to achieve peace. They would dearly love to live side by side with Palestinians. But the road to peace is not paved with illusions.

We should inform our allies and warn our adversaries that we will no longer engage in restraint and limit our response. We will act like any other nation and employ the full might at our disposal to bring an immediate end to such assaults against our citizens.

We have one of the most powerful armies in the world. If Hamas will not unilaterally cease its terror activities, notwithstanding the difficulties and complications referred to above, we will have no choice but to destroy it.

Failure to act now virtually guarantees a full-scale conflict at a later stage when Hamas will probably be in a better position to inflict greater casualties upon us. 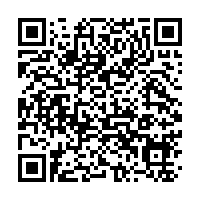