The PLO Central Council, in cooperation with Israel’s Higher Arab Monitoring Committee, have agreed to mark July 19 every year, on the anniversary of the Knesset’s enacting of Basic Law: Israel as the Nation-State of the Jewish People, a.k.a. the Nationality Law, as a “day of the Struggle against Israeli Apartheid.”

The decision was approved at a meeting of the PLO Central Council held in Ramallah on Wednesday.

MK Ahmad Tibi (Joint Arab List) initiated the proposal, saying, “The Nationality Law creates a hierarchy of citizens by ethnic affiliation. Jews with rights and with Jewish superiority; and Arabs without equality, as second-class citizens.”

Tibi and the Chairman of the Monitoring Committee, Mohammad Barakeh, presented to the council meeting the implications of the Nationality Law to the Arab public in Israel and to the conflict between Israel and the PA. Both Arab politician suggested the law and the man standing behind it, Prime Minister Netanyahu, would prevent the realization of the “two-state vision.”

Barakeh told Ha’aretz that Palestinian Authority Chairman Mahmoud Abbas agreed that the PLO embassies around the world would help the committee’s representatives and the Arab MKs in their “struggle” against the law,
with an emphasis on public diplomacy and political activity at the forthcoming UN General Assembly. There will also be a meeting on the same issue on September 4 representatives of the Joint Arab List and EU foreign minister Federica Mugrini.

South Africa’s first Apartheid law was the Prohibition of Mixed Marriages Act of 1949, followed closely by the Immorality Amendment Act of 1950, which made it illegal for most South African citizens to marry or pursue sexual relationships across racial lines. The Population Registration Act, 1950 classified all South Africans into one of four racial groups based on appearance, known ancestry, socioeconomic status, and cultural lifestyle: “Black,” “White,” “Colored,” and “Indian,” the last two of which included several sub-classifications.

Places of residence were determined by racial classification. From 1960-1983, 3,500,000 Non-White South Africans were removed from their homes and forced into segregated neighborhoods, in one of the largest mass evictions in modern history.

Most of these targeted removals were intended to restrict the Black population to ten designated “tribal homelands,” also known as bantustans, four of which became nominally independent states. The government announced that relocated persons would lose their South African citizenship as they were absorbed into the bantustans.

Colonialism and apartheid had a major impact on Black and Colored women, since they suffered both racial and gender discrimination. Jobs were often hard to find. Many Black and Colored women worked as agricultural or domestic workers, but wages were extremely low, if payment was made at all. Children suffered from diseases caused by malnutrition and sanitation problems, and mortality rates were therefore high.

The controlled movement of black and Colored workers within the country through the Natives Urban Areas Act of 1923 and the laws separated family members from one another, because men could prove their employment in urban centers while most women were merely dependents; consequently, they risked being deported to rural areas.

In 2015, South African MP Joseph Meshoe told Israel’s Channel 10 News: “There is a widespread allegation, really a slander, that Israel is an apartheid state. That notion is simply wrong. It is inaccurate and it is malicious.”

“Those who know what real apartheid is, as I know, know that there is nothing in Israel that looks like apartheid,” Meshoe said, adding that calling Israel an apartheid state “is an empty political statement that does not hold (any) truth,” adding, “You see people of different colors, backgrounds and religions interacting with each other everyday [in Israel].” 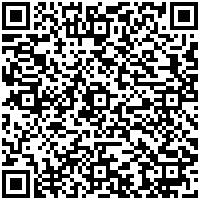