Last week, Avi Goldstein took issue with my support for the Equality Act. Those who support discrimination based on faith, however, ought to be very wary of what they wish for.

“The sauce that cooks the goose cooks the gander, too” seems like an applicable saying. Any law that permits people to use their religious values to hire or fire people will be used to inflict great harm on the Jewish community.

Consider a simple case: A business with 50 employees is shrinking due to hard economic times and needs to lay off five employees to remain viable. Which five should be laid off? While the businesses’ owners may take many factors into account – productivity, work ethic, etc. – they cannot simply fire their five Jewish employees even if their faith mandates that Jews be fired before members of their own faith group.

Jews want and need such protections – and not just in commercial matters. They need them in education, too. In Extracted: Unmasking Rampant Antisemitisms in America’s High Education, Dr. Perry Brickman documents that before the law prohibited discrimination, countless Christian administrators in many educational institutions imposed Jewish quotas and dismissed Jews from their academic programs for anti-Semitic reasons.

This overtly religiously-based discrimination stopped only when the law prohibited it. We do not want to return to the era of discrimination.

Currently, federal law in the United States only prohibits discrimination based on race, color, national origin, sex, and religion. The proposed Equality Act would add sexual orientation to this list. The general idea – which more or less is already reflected in New York State law – is that when dealing with economic matters, large employers, secular educational institutions, and multi-unit housing providers should not be allowed to consider factors unrelated to employment, education, or housing.

We should support such a law since our community thrives in a meritocracy and withers in discriminatory environments.

Currently, the absence of a federal law like the Equality Act is motivating many localities to expand their protections of sexual orientation far beyond the nuanced federal law, which provide many exemptions for very small businesses, small housing providers, and religious institutions. We would therefore be well served as a community to support the Equality Act with a provision that preempts further state and local regulations.

To return to the basic issue: Do you think a hotel chain owned by a pious member of the Aryan National Church should be able to hang up a sign that says, “No Jewish Weddings in This Hotel”?

I’m glad that I live in nation that prohibits such signs. And I’m happy to extend that same benefit to others and support a law that prohibits a hotel chain from hanging up a sign that says, “No Same-Sex Weddings in This Hotel.” 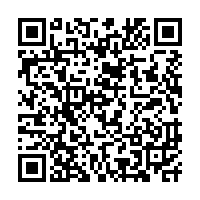