The two-game series in London between the Boston Red Sox and the New York Yankees in late June was a smashing success. The Yankees gave the Red Sox a dose of the London Blitz by winning the games 12-8 and 17-13.

Almost 60,000 paid their way for each game (held in a reconfigured soccer stadium) – making them the largest crowds in several years to see an official major league game. Both lasted over four hours, but almost everyone assembled – most of whom were from England and attending their first baseball game – remained until the end.


Speaking of long games, baseball is considering several changes that would speed up games somewhat. One would be restricting the amount of time a pitcher can wait between pitches. Pitchers in the lower level of the minor leagues are now allotted no more than 20 seconds before they have to throw the next pitch. (Twenty seconds is still a couple of seconds too long, in my opinion.)

Another possible change is installing computerized strike zones. There would still be an umpire, but he’d get instructions by a computer, which would eliminate human error. It would also eliminate those long arguments between batters/managers and umpires and the subsequent ejections, which fans are loathe to see when a star player is involved.

The greatest time-saving change baseball may impose is requiring every relief pitcher after the seventh inning to face a minimum of three batters. That would surely shave time off the game.

The longest game I followed took place on Sunday, June 24, 1962, between the Detroit Tigers and the New York Yankees in Tiger Stadium. The Yankees scored six times in the top of the first inning and the Tigers came back with three runs in the home half of the first. New York scored another run in the second; the Tigers added three in the third and another in the sixth, tying the score at 7-7.

Neither team scored for another 15 innings. With one out in the top of the 22nd inning, Roger Maris walked. Jack Reed, who had replaced Joe Pepitone, who had replaced Mickey Mantle in the outfield, was up to bat. Reed, who was hitless in three prior at-bats, lined a home run in the lower right field green grandstand seats, giving New York a 9-7 lead.

Tigers left-fielder Rocky Colavito, who had seven hits in 10 at-bats that day, lowered his head as the ball cleared the fence. Yankees manager Ralph Houk raised his head with a big smile as Reed trotted around the bases with his first major league home run.

In the bottom of the 22nd, Jim Bouton started his seventh inning of pitching that day and held onto the 9-7 score. He was the pitching hero of the day, allowing only three hits in his long stint on the mound.

Prior to Bouton, Houk had used six pitchers but only one catcher. Thirty-seven-year-old Yogi Berra caught all 22 innings. Yogi told reporters afterwards that his legs felt fine and he could’ve kept going.

While the Tigers lost the game, they won at the bank: The almost 36,000 fans in attendance consumed over 32,200 hot dogs, drank 35,638 soft drinks and 39,600 cups of beer, and sent for numerous refills of potato chips, peanuts, popcorn, and ice cream.

The game was one minute short of seven hours, but official scorer Joe Falls called it seven hours. The game ended at 8:29 p.m., just about in the middle of The Ed Sullivan Show. Most Detroit and New York televisions were tuned to Sullivan, who was celebrating the 14th anniversary of his Sunday night variety program and had an all-star lineup including Steve Allen, Jack Benny, Red Buttons, Jerry Lewis, Phil (Sgt. Bilko) Silvers, and Kate Smith.

Jack Reed, the star of the long day, hung on as a bench-warmer for another season with the Yankees. His career batting average was a low .233 in 129 at-bats, but he had that one memorable home run.

He moved on to Richmond as a player-coach in 1964 and managed in the Yankees farm system before going back to his 1,300-acre family farm in the Mississippi delta to deal with cotton and catfish. The farm business paid a lot better than the Yankees did. 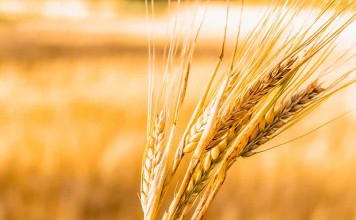 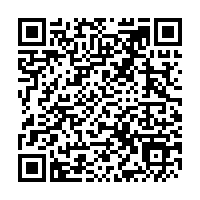