It was shocking to see the writer Hillel Halkin marking the 40th anniversary of the reunification of Jerusalem by calling for its division. In a May 15op-ed in the New York Sun (“Mounting Figures”), Halkin wrote about the concern of Israeli political leaders with demographics. As a solution, he extended their call for territorial concessions even beyond Judea and Samaria, applying it to the capital city of Israel.

Halkin noted that local Arabs are drawn to Jerusalem because of its status as a hub of economic activity. This is largely a result of construction-related jobs created by the building of new Jewish neighborhoods. At the same time, Halkin claimed that many young Jews have left the city due to a lack of economic expansion.


Among the neighborhoods included in the post-1967 municipal borders were 28 Arab villages. Seeing no value in these neighborhoods, Halkin proposes surrendering them to a future Palestinian state. Not only does this proposal mean giving up strategic hilltops, valleys, holy sites and transportation corridors, it would set a terrible precedent for Israel.

Because these neighborhoods are located within Israel proper, it could inspire concessions on other largely Arab-populated areas, such as Nazareth, Umm El-Fahm, Abu Ghosh, and Sakhnin, all in the name of maintaining a Jewish majority in Israel. Dividing Jerusalem along ethnic lines could also inspire division of other ethnically mixed cities in the country such as Akko, Jaffa, and Lod.

In his call for concessions, Halkin failed to address the true problem: illegal immigration. Many of those aforementioned Arab construction workers living in Jerusalem came illegally and ended up staying. If their neighborhoods were severed from Israel proper, they would simply cross the line, following their jobs. They would also be attracted to the relative peace and freedom of Israeli society, in contrast to the strict theocracy of Hamas.

The obvious solution is to enforce the law by cracking down on illegal labor and restricting construction jobs to Israeli citizens.

Then there’s the matter of land ownership, the best example being the unused Jerusalem Airport in Atarot. Not only has illegal construction there caused the airport to close for security reasons, it also compromised the mission of the Jewish National Fund, which purchased 720 acres in Kalandia and Kfar Akev almost a century ago for the purpose of promoting Jewish settlement.

Instead of confronting the illegal construction, the government has turned a blind eye to it by building a security barrier to separate these neighborhoods from the rest of Jerusalem. As a result, Jerusalem is a national capital without its own airport. Israeli leaders demand that the world recognize its capital city, but are unwilling to act as true owners of the city’s land.

Dividing Jerusalem into two ethnically homogenous cities would not be easy, which is why attempts by Jews to settle in non-Jewish neighborhoods are met with stiff resistance by the government. And a truncated city would force the Jewish community to look westward, ultimately destroying the picturesque forests planted in the earlier years of the Jewish state. Land within the city will become even more scarce and expensive, restricting the city to the poorest and wealthiest members of the community.

Affordable housing should be included in any attempted resolution of Jerusalem’s demographic problem. Throughout the city, half-empty luxury developments provide a false vision of prosperity – many of their owners do not live in Israel full-time. In other neighborhoods, several generations of the same families live in the same home, unable to afford a place of their own.

Halkin concluded his op-ed with a bold call on Israel to relinquish the Temple Mount, claiming its retention is an imperative “felt more strongly by religious Muslims than by religious Jews.” A few lines later, Halkin suddenly turned Orthodox by recalling the rabbinic prohibition of treading on the Holy of Holies. Halkin conveniently ignored the ongoing Islamic desecration of the site, which includes mosque expansion on archeologically sensitive areas.

The most effective and lasting solution to the demographic problem is not capitulation or retreat but rather enforcement of the law. The status of Jerusalem should never be negotiated. It is more than a national capital; it is the holiest city for Jews, reunited through a six-day miracle in 1967. May it always be remembered. 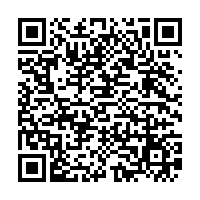