In the last lap of his second term, George W. Bush has all but fallen off the major media scope. It’s not that he’s suddenly become beloved by The New York Times or that media pundits have now begun to see the light and embrace him. On the contrary, criticism of the president and his policies has become almost second nature to most of them.

Even former president Jimmy Carter’s recent scathing comments about the Bush presidency barely moved the media’s seismic needle. It’s dog bites man, these days. No one, after all, would have expected Carter, who left office after one disastrous term, to have praised Bush to the British media.

Bush’s collapse in the public’s esteem an be traced directly to the Summer of Sheehan in 2005, when the mother of all protesters became a media darling as coverage of her Texas encampment outside the Bush ranch captured national attention.

Primed at that point to kick off his phase-two plan to win reform of our dangerously stretched Social Security system, Bush suddenly found himself under attack by the media for his response to Hurricane Katrina, the mother of all storms.

Distracted by Mother Sheehan, Bush failed to mobilize in a public and highly visible way to handle Mother Katrina as she swept in off the Gulf of Mexico to pummel the southern coastal regions of the U.S.

Although the real response failures lay with certain municipal and state governments in the region, it was Bush whom the media blamed. (Louisiana’s governor refused to mandate evacuation, to call for U.S. troops or allow adequate supplies to get to a major shelter, for fear of encouraging evacuees to stick around, while New Orleans police and firefighters skipped town and hundreds of city-owned buses, critical to evacuation efforts, were abandoned to the floods.) The prolonged Katrina disaster proved a turning point in public perceptions of the president and his administration.

Of course there were other factors, including a series of ongoing investigations directed at the administration or its allies, some of which bore fruit (though, as in the case of the Plame ordeal, the yield was pretty paltry), and certainly there was and remains Iraq. This last has proven a major misstep for Bush and it’s very likely that, had he known it would take so long and prove so difficult, he would have chosen differently.

But you play the cards you’re dealt, and Bush drew these. He now seems intent on playing the hand out, though the public has by and large turned against him on the issue. Democrats, who won control of Congress on the back of the Iraq backlash, seem intent on demonstrating to their base that they really are antiwar – but few want to be seen as forcing defeat by defunding the troops (though they don’t seem to mind projecting a message of irresolution abroad if it helps win them votes at home).

The recent coup by European bureaucrats against Bush appointee Paul Wolfowitz at the World Bank further drives home the intense weakening of this president’s position. Meanwhile, the presidential campaign of ‘08 looks to be in full swing as the media turn their attention there, with candidates on both sides offering plenty of red meat for reporters and pundits alike.

Most of the chewing, of course, seems directed at the Republican entrants, though there are interesting opportunities everywhere. From an occasionally cross-dressing, socially liberal mayor, to a flip-flopping Mormon governor and a sitting senator with a tin ear for bad jokes, to another sitting senator who comes across as unappealingly ruthless and opportunistic, a soothingly deep-voiced senatorial freshman from Illinois, and an ex-Senator from North Carolina who made millions at the plaintiff’s bar before he turned his hand to hedge funds to “learn about poverty” while getting $400 haircuts, the race for the presidency in ‘08 has already usurped our attention.

In the wings, too, waits still another possible entrant. Perhaps the most homely of all the prospective presidential candidates, this former and present television star, who did his own stint in the U.S. Senate, offers an intriguing counterpoint to the mostly pretty folks the Democrats are fielding in this election cycle.

But maybe all this isn’t so bad for Bush with almost two years to go and a war still to be won or lost. Despite the torment the new Democratic majority in Congress seems intent on putting him through, no one expects much of this president anymore. With the media’s attention drawn elsewhere, the Democrats’ frantic fidgeting with hearings to find something – anything – on which to nail the Bush administration, it seems increasingly beside the point. If Bush can keep his administration intact in the face of the Democrats’ continued probing, he may actually have a chance to get some things done under the radar screen. 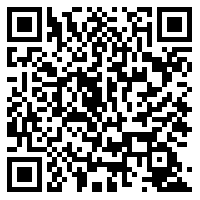