A decision by the World Jewish Congress (WJC) to honor German Chancellor Angela Merkel with its prestigious Theodor Herzl Award for Zionism has sparked anger and bewilderment among Jewish leaders in the United States and Europe.

The WJC, founded in August 1936 in Geneva, Switzerland, to confront the rise of Adolf Hitler and the Nazi persecution of Jews in Europe, bestows its annual award to individuals who act to promote the goals of the late Theodor Herzl, the founder of the modern Zionist movement, “for the creation of a safer and more tolerant world for Jews.”

Critics say that Merkel, because her domestic and foreign policies have in recent years made the world less safe for Jews, is uniquely undeserving of the award. These policies include:

The WJC’s decision to present the award to Merkel — normally presented in November — has not yet officially been made public. Prominent European Jews, however, revealed that they had received private invitations to the award ceremony and the controversy has been covered by Israeli media, including by the Jerusalem Post and Israel Hayom.

The decision to present this year’s award to Merkel appears to be the handiwork of Charlotte Knobloch, an octogenarian Jewish woman who was saved from the Holocaust by a Christian family in Franconia, a region of northern Bavaria. She has been active in Bavaria’s Jewish community for more than 30 years and is now the head of the Jewish Community of Munich and Upper Bavaria (Israelitische Kultusgemeinde München und Oberbayern). She is also the WJC’s Commissioner for Holocaust Memory.

Knobloch has vehemently rejected the idea that mass migration from the Muslim world has contributed to the rise of anti-Semitism in Germany. Instead, she blames the “far right” anti-mass-migration party Alternative for Germany (AfD), the third-largest party in the German parliament.

In October 2018, German Jews established a Jewish group within AfD. The so-called Juden in der AfD (Jews in the AfD, or JAfD) is a response to the open-door immigration policies promoted by Germany’s mainstream parties, policies which have allowed in millions of Muslims and are fueling Islamic anti-Semitism in the country.

Emanuel Bernhard Krauskopf, a 69-year-old German Jew who joined the AfD in 2013, said that he founded the JAfD because Germany’s mainstream parties are not doing enough to address anti-Semitism. “Every Jew who has been murdered in Europe since 2000 has been killed by Islamofascists,” said Krauskopf, whose family fled Poland during the Holocaust and lost 50 family members in Nazi concentration camps. He added that many Jews in both eastern and western Germany were embracing the AfD because they believe that continued mass migration poses a danger to the future of Jewish life in Germany. He has been accused by detractors of being a “Jewish Nazi.”

The emergence of the JAfD challenges the long-term narrative espoused by Germany’s political establishment that the AfD is “anti-Semitic.”

In 2016, Knobloch awarded Merkel with the Munich’s Jewish community’s Ohel Jakob Medal for her work “to promote and protect Jewish life in Germany and her commitment to the State of Israel.”

Knobloch said in her presentation speech that Merkel, like no other German leader before her, “stands with the Jewish community and with Israel in the most determined and unequivocal fashion.” This was “an expression of her humanity and her sense of historical responsibility,” Knobloch said. She added:

“The safety and well-being of every Jewish person in Germany is for you part of Germany’s reason of state and something that is not negotiable. For you, these are more than empty words.”

In her acceptance speech, Merkel said that for her receiving such an award was “anything but self-evident.”

“A few days ago, I found in my mailbox an invitation that was probably sent to me by mistake. The President of the World Jewish Congress, Ronald S. Lauder, and the President of the Jewish Community of Munich and Upper Bavaria, Charlotte Knobloch, are ‘honored’ to invite me to a festive dinner on the occasion of Her Excellency the Chancellor of the Federal Republic of Germany Angela Merkel receiving the Theodor Herzl Award.

“Why is Merkel being given the Theodor Herzl Award? Because her representative at the United Nations abstains in anti-Israel resolutions — and thereby de facto supports them? The same official who equates Hamas rocket attacks on Israeli civilians with Israel’s demolition of the homes of Palestinian terrorists? For not relocating the German embassy from Tel Aviv to Jerusalem, as the United States did, and also warning other countries against taking such a step? For all this, she gets the Theodor Herzl Award?”

The Zionist Organization of America issued a statement in which it expressed opposition to Merkel receiving the award:

“The Zionist Organization of America opposes the World Jewish Congress’s decision to honor German Chancellor Angela Merkel with the Herzl Award. The ZOA firmly believes that a foreign leader who continues to support the disastrously flawed 2015 Iran nuclear deal, which will enable the Iranian regime in time to become a nuclear weapons state, is a singularly inappropriate recipient of the WJC’s most prestigious award.”

“By any reasonable yardstick, Chancellor Merkel has done little if anything to justify the bestowal of this award and a great deal that should disqualify her as a candidate for this award.

“Which policy she has pursued does the WJC believe distinguishes Chancellor Merkel as a worthy recipient of this award? Her refusal to close down the operations in Germany of the vicious blood-soaked terrorist group Hezbollah? Her opposition to recognition of Jerusalem as the capital of Israel? Her stubborn support for the Iran nuclear deal that is opposed on bipartisan basis in Israel? Her unabashed claim that Iran is not anti-Semitic, despite its repeated calls for the Jewish State’s destruction.

“Whatever else may be said of Chancellor Merkel, she is an entirely inappropriate recipient of an award adorned with the name of the founding father of Political Zionism.”

The publisher of the monthly German Jewish magazine, Jüdische Rundschau, Dr. Rafael Korenzecher, greeted news of Merkel’s award with a sarcastic post on his blog:

“Our wonderful Chancellor Frau Merkel receives from the highest Jewish representation the high Theodor Herzl Award for special services to the Jewish people and to Israel.

“I think she has earned it. It is to her merit and the merit of her political entourage that the exodus of Jews from Germany has finally led to a significant Aliyah (immigration) to Israel. The Zionist Organization of Germany (ZOD) could only dream of such success rates in all its decades of work in this country.

“And that is just the beginning. There is a great possibility that thanks to today’s politics Germany will become Judenrein [free of Jews]. Wir schaffen das (We can do it).” 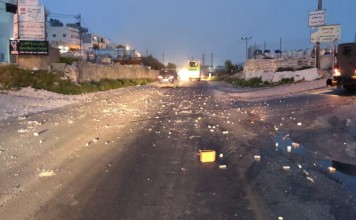 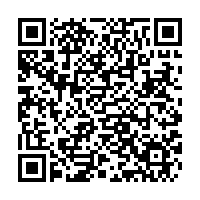