Recently, Armenian Prime Minister Nikol Pashinyan has incited against Israel, proclaiming: “Israel has united with Turkey, terrorists and Syrian mercenaries in support of Azerbaijan in the current conflict with Armenia and ultimately, Israel will suffer from the consequences of this unholy alliance.”

According to the BBC, hostilities have resumed between the Armenian and Azerbaijani troops around the territory of Nagorno-Karabakh in the South Caucasus. In scale and scope, the hostilities that began on Sunday exceed the periodic escalations of recent years with the use of heavy artillery, tanks, missiles and drones.  In recent days, Ganja, the second largest city in Azerbaijan, has become Azerbaijan’s Sderot, as civilians and other non-military targets are being constantly fired upon by the Armenian Armed Forces.    Human Rights Watch even accused Armenia of utilized cluster munitions against Azerrbaijani civilian areas.  Yet, in the eyes of Armenia, Israel and Azerbaijan are the aggressors.


In the eyes of Pashinyan, diplomatic protocal and etiquitee does not exist.  I would like to see if he has the guts to speak in this manner to Russian President Vladimir Putin and Iranian Ayatollah Ali Khamenei.   Israel today hardly needs to have allies like Armenia, who blow up at the State of Israel for engaging in legitimate business transanctions, while falsely accusing Israel’s allies of “carrying out an Armenian genocide in Karabakh,” a charge which has an uncanny ressemblance to the Palestinians’ “fake Jenin massacre” and so-called “1948 nakba genocide” charade.

The Armenian Prime Minister, who denies the Khojaly genocide, has no right to utilize the word “genocide.”  I want to remind him that it was Armenia in February 1992 that committed an act of genocide and massacred peaceful Azerbaijani civilians in Khojaly. … During one of the most brutal acts of ethnic cleansing during that war, the Armenian Armed Forces massacred 613 Azerbaijanis, including 106 women, 83 young children and 70 elderly people. 487 people were injured. 1,275 civilians – old people, children, women – were abducted, taken prisoner and subjected to unprecedented torture, rape, insults and humiliation.

All the events around the terrible February 1992 night in Khojaly are real events with documentary and video materials, testimonies of witnesses, foreign journalists and experts bearing witness, who were at that moment in that Azerbaijani city. Indeed, the only reason these Azerbaijanis were subjected to such cruelty is because they were Azerbaijanis.

In an interview with British journalist Thomas de Waal in connection with the Azerbaijani-Armenian, Nagorno-Karabakh conflict, which was included in the book “Karabakh: Armenia and Azerbaijan on the path of peace and war,” former Armenian Prime Minister Serzh Sargsyan stated the following about the Khojaly massacre: “Before Khojaly, Azerbaijanis thought that that we were joking with them. They believed that the Armenians were a people who would not be able to raise a hand against the civilian population. We managed to destroy this stereotype. And this is what happened.”

The governments of Bosnia and Herzegovina, Honduras, Colombia, Czech Republic, Guatemala, Jordan, Mexico, Panama, Peru, Pakistan, Romania, Serbia and Sudan have officially condemned Armenia for the Khojaly genocide and demanded justice for the victims. Similarly, more than 20 US states have passed resolutions condemning the Khojaly massacre.

Furthermore, we must also never forget the extermination of 3,000 Jews and Azerbaijanis in 1918 in the Guba region of Azerbaijan by Armenians. Nor should we neglect to note that the former Armenian authorities erected a monument, in the centre of Yerevan, in honour of the fascist executioner and traitor Garegin Ter-Harutyunyan, who served with the German fascists under the nickname Garegin Nzhdeh. Unfortunately, the new government of Armenia did not dismantle this monument.

A sovereign nation’s people have the right to interpret their history and memorialize whomever they designate to be their national heroes. However, we should not be silent; we must speak up when a person who was involved in the crimes perpetrated during the Holocaust becomes some nation’s revered hero.

How can we, Israelis, react to the monument erected three years ago in Yerevan, to commemorate Nzhdeh, an anti-Semite and apparent Nazi accomplice? The prolonging of his memory is a reprehensible insult to the memory of the victims of the Holocaust. For me personally – someone whose grandfather lost all members of his family to the Nazis’ atrocities in Ukraine – this is irredeemable emotionally painful.  And yet today, Armenia’s Prime Minister accuses my people, the Jewish people, of being accomplices to “genocide.”  He has no moral right to accuse Jews of genocide.

Furthermore, Pashinyan’s ethnic cleansing continues… Whole houses collapsed because of Armenia’s attacks upon Azerbaijan. Children are left orphans and many others are crippled for life. Moreover, like Sderot, the city of Ganja is located on the territory of Azerbaijan, far from the front lines. Nevertheless, unfortunately, in too many media outlets around the world, Azerbaijan and not Armenia is declared to be the aggressor, despite the fact that it is Azerbaijan that has been a victim of Armenian aggression for more than 30 years. According to four UN Security Council resolutions – 822, 853,874, 884, the Nagorno-Karabakh region is an internationally recognized territory of Azerbaijan and Armenia must unconditionally withdraw from this area.

Since when has the unfortunate politician Pashinyan, not versed in geopolitics, been involved in Israel’s foreign policy?  Pashinyan forgets that Israel is a driving force in the Middle East region and an innovative actor in the region. You have to be such a narrow-minded politician to accuse Azerbaijan, as a secular Muslim country and Israel, the only Jewish country in the world, of supporting terrorists. 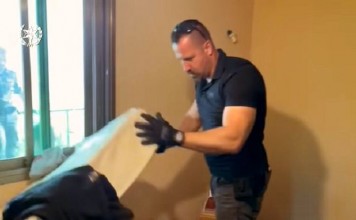 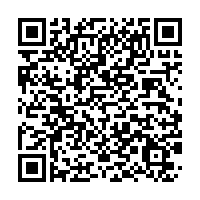