One crazy night. That’s what the American people and the entire world went through on Tuesday in the attempt to follow ballot-counting in what may be the most dramatic election in the history of the United States.


As a reminder, according to the polls, this should have been a walk in the park for Democratic presidential candidate Joe Biden, due to U.S. President Donald Trump’s management of the coronavirus crisis—at least according to political commentators. They insisted, with the support of the polls, that the American people had had enough of Trump and of his not adhering to social-distancing guidelines. The pundits insisted that the coronavirus had changed everything and denied him the inherent advantage of an incumbent president by causing the American people to forget both his domestic and foreign-policy achievements.

But in practice, even as it remained unclear on Wednesday who won, the exit polls show that Trump has gained support since 2016, specifically because of what he has achieved, on the economic front in particular, and because people were concerned his rival would promote a lockdown and impose draconian restrictions that would paralyze their lives.

Trump has also gained support among African-American men and women, white women and Hispanic men and women. He has even succeeded in maintaining his status among white, college-educated voters, and as a result, was close (as of Election Day) to preventing a Biden victory in the Midwest and a redrawing of the famous “blue line.”

This should have been a cakewalk for Biden. But in the end, we got a nail-biter of an event whose outcome may be decided in court, since Trump declared victory and alleged voter fraud.

Things actually started out pretty well for Trump, with a big victory in Florida that was even more substantial than the one he achieved four years ago. Despite a major coronavirus outbreak in the state, and a large number of pensioners who began to abandon him in the polls over the situation, he earned more than 50 percent of the votes, and with a larger margin than he had against then-Democratic presidential candidate Hillary Clinton in 2016.

But things got difficult from there. On one hand, throughout the night, Biden was unable to flip any state other than Arizona, and that serves as a testament to just how strong support for Trump is in these states. On the other hand, by Wednesday, it had become clear to the president that Wisconsin had also apparently flipped, but for Biden (according to two news channels and an almost final tally).

It seems, therefore, that the only way for Trump to win the election is to prevent Biden from turning another state blue, assuming the latter takes Nevada as predicted. This will be no easy task, but Trump does not appear ready to give up until he has exhausted all available channels, be they technical or legal, to make sure the votes are counted properly.

A sitting president doesn’t usually lose, and if, in fact, he has succeeded in improving his standing in the exit polls over the last four years, then the vote count would not appear to make sense. Moreover, in a year during which mail-in voting has doubled and even tripled, it must be checked even more carefully. This is particularly true due to the ease with which the system can be cheated, for example in Pennsylvania, where ballots without postmarks showing they were mailed before voting stations were closed can be counted, and the manner in which voter identities are verified by mail are crying out for examination in numerous states.

One of the issues that has been pondered by many social-media users is the way in which the data has been reported. So, for example, on Twitter, it was noted that the number of ballots for the Democrats in Michigan had suddenly increased by more than 138,000 votes.

A local newspaper in Detroit investigated the issue and found that this was not something that had happened in the dead of the night, as many had claimed, but was in fact the result of a computer error. The company that handles the data for Michigan said a simple error in a file had been fed by the state into the system, claiming, “We do not alter the data of these files, and that’s why when the state noticed a mistake and updated the tally, the number was updated in the systems.”

But the damage, as far as Trump supporters are concerned, has been done, and many on Twitter, have claimed (baselessly) that the inflation of the data was deliberate. Trump on Wednesday also tweeted something similar when he wrote, “Wow! It looks like Michigan has now found the ballots necessary to keep a wonderful young man, John James, out of the US Senate. What a terrible thing is happening!”

James is the Republican candidate for the Senate who, as of yesterday, was running neck-and-neck with his Democratic opponent.

One way or another, Trump’s declaration of victory certainly angered many, but that is his only way to survive and what he is used to doing as president. It certainly didn’t help to calm the protesters in Washington who demonstrated in front of the White House or the business owners on the streets of Michigan who boarded up their store windows. One can see how divided America is, just from the volume of police cars at the ready.

But Trump can find solace in knowing that even if he loses, a blue wave did not sweep America as the commentators had predicted. The appointment of numerous judges, including three to the Supreme Court, ensure that conservatism lives on in the United States. The progressive wave we were promised—or threatened with—did not arrive.

This doesn’t guarantee peace and quiet out on the streets, of course, but the fact that it’s taking so long to determine the outcome has shown that half of Americans like their president. The huge pro-Trump rallies I witnessed with my own eyes last week were also a good indication.

This has been a referendum: Trump—yay or nay. Even if the electorates ultimately decide he will not continue as president, the people have made clear that the Democrats haven’t offered a suitable alternative. Biden, then, has been somewhat of a supporting actor in this mediocre movie. If he becomes the 46th president of the United States, he is the wrong person at the wrong time, who showed up at this juncture almost by accident while running an “anti-campaign.”

While this may have garnered him a technical victory, it did not sway the American public that his stance on the fateful matters of the hour—the economy, the pandemic and America’s standing in the world—should be placed in the hands of a left-wing administration.

Trump is in the history books, and Trumpism is alive and kicking, even in states that Biden is liable to turn blue. But in the meantime, Trump will remain in the White House until the courts force him to renounce the fight. One way or another, the 2020 election is an upgraded version of the 2000 election, from which the U.S. ultimately came out stronger.

Although the Supreme Court was heavily criticized for stopping the recount in Florida at the time, thereby assuring a victory for George W. Bush, this was nevertheless a defining moment for the American people, who proved that even in times of crisis, the democratic system can be trusted. 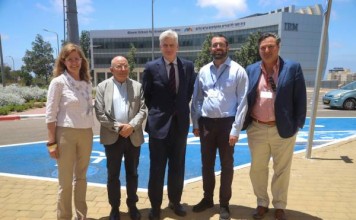 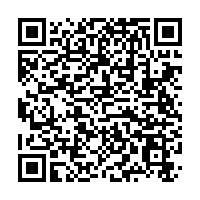