Does a firm stance against Islam provoke anger, resentment, and violence from Muslims? And does the opposite—pandering to and appeasing Muslims—win their appreciation, respect, and cooperation?


Far too many in the West are convinced that the answer to both of these questions is an emphatic yes.

Recently, on December 7, 2020 in Berlin, for instance, in a speech to the Bundestag, Germany’s federal parliament, Helge Lindh of the Social Democratic Party blasted what he characterized as “Islamophobia” and insisted that Germans need to strive to “understand Muslims instead of trying to change them…. Let’s not go on telling Muslims what modern Islam is.”

Much of his complaints were directed against the Alternative for Germany party (AfD), which not only takes a firm stance against Muslim immigration, but had scheduled me to speak on Islam—and announced it in the days before Lindh spoke. (German language video here; English forthcoming.)

At one point the social democrat said: “If we tell Muslims what we expect from them, how they should behave, we will humiliate them and reap hatred.”

Is this true? No, quite the opposite.

Consider the forgotten lessons of the (much distorted) colonial era, when European nations dominated and controlled much of the Muslim world. After 1,200 years’ worth of jihads that had permanently conquered some three-quarters of Christendom and terrorized the rest, Europe militarily managed to eclipse and essentially defang Islam throughout the 1800s and early 1900s.

Far from being resentful and turning more zealously to jihad, Muslims questioned the superior strength of Islam; for the first time in history, Muslims looked with awe and respect on the West. The result was Westernization and secularization.

After all, it was one thing to adhere to sharia and jihad when Islam was conquering and subjugating non-Muslims, as it had done for over a millennium. It was quite another thing for Muslims to remain confident in the Islamic way when the despised infidels were conquering and subjugating the lands of Islam with great ease—displaying their superior weapons and technology, not to mention all the other perks of Western civilization.

As a historian of the period puts it, “Napoleon’s invasion introduced educated Egyptians to the ideas of the French Revolution,” which “generated a gnawing and uncomfortable feeling among them that the ‘umma’ [the Islamic community] was not as perfect or as strong as they had imagined. Such uncertainty was the basis of new ideas and conceptions.”

Thus, and for the first time in over a millennium, Muslims began to emulate the West in everything from politics and governance to everyday dress and etiquette. During the colonial era and into the mid-twentieth century, all things distinctly Islamic—such as Islam’s clerics, the woman’s “hijab,” and the Salafi beard—were increasingly seen by Muslims as relics of a backward age, to be shunned. Many “Muslims” were Muslim in name only.

One need only turn to the history of Turkey to demonstrate this forgotten chapter of wholesale emulation of the West. Prior to the colonial era, Turkey was for centuries the Muslim world’s jihadi state par excellence (first under the Seljuk, then Ottoman dynasty). It prosecuted the jihad against Europe, swallowing up much of the Balkans for centuries, and enforced sharia.

Following the meteoric rise of the West, however, far from clinging more tenaciously to Islam, Turkey apostatized in all but name. It abolished the Ottoman Empire, the final caliphate of the Islamic world and disavowed its Islamic identity and heritage—even discarding the once sacrosanct Arabic script for the Latin alphabet in order to be more European. Turkey went from being the standard bearer of Islam and the embodiment of jihad for some five hundred years to being possibly the most Westernized Muslim nation in the world.

Similarly, all of the popular Arab nationalist movements that appeared in the twentieth century were distinctly secular and westernized, certainly in comparison with the religious rhetoric that prevailed in earlier times. As late as 1953, Egyptian President Gamal Abdel Nasser mocked the idea that women should wear the hijab on Egyptian national television in front of a packed live audience—to widespread laughter and agreement. (In the 1950s, few Egyptian women wore the hijab; today the majority of women in Egypt veil themselves.)

Needless to say, the European powers that dominated Muslim lands took a much sterner, no-nonsense approach towards Islam than any contemporary Western state would ever consider; and yet the Muslim mainstream, far from being “humiliated” or “resentful,” followed their lead.

Indeed, it is precisely when the West began to operate on the advice that German politician Lindh and countless like him insist is key to “winning Muslim hearts and minds”—that is, groveling, blaming the West for everything, and praising Islam—that Muslims began to turn to sharia and jihad.

It is no coincidence that the return of “Islamic fundamentalism,” as it was called in the 1970s, followed close on the heels of the cultural revolution that took the West by storm in the late 1960s. This new culture of sexual licentiousness, moral relativism, godlessness, and Western self-hatred prompted Muslims, who once admired and emulated the West when it was still characterized by moral restraint, to respond with contempt. Another aspect of the 1960s—the hyper-criticism of the West and its values by leftist Western intellectuals—exacerbated matters. Muslim opinion concerning the West swiftly soured and turned hostile.

The West had earned Muslim respect in the era of Western might and confidence. But by the 1970s, Western intellectuals were pushing once Westward-looking Muslims back to Islam. Consider the realm of historical studies alone: Western civilization is now portrayed as the root cause of all the world’s woes. Islamic civilization is now portrayed as just another noble victim of Christendom’s depredation. The objective history of the relationship between Islam and the West has been turned on its head.

Like Lindh, Western academics and intellectuals today make it a point to praise Muslim achievements even where there are none—as when Barack Obama ordered NASA to make Muslims “feel good about their historic contribution to science.” Far from winning Muslims over, such self-loathing and sycophantic behavior has naturally prompted even more revulsion among Muslims—and continues to do so.

When the West was confident and proud of its own heritage, it attracted Muslims over to emulation—even when it was ruling over them in their own lands. Now, forever apologizing for its “sins” and demonizing its own heritage, while promoting hedonism and an overall dishonorable lifestyle, it cannot even prevent increasingly disgusted Muslims from attacking it on its own territory. Germany, where politicians such as Lindh insist that “If we tell Muslims what we expect from them, how they should behave, we will humiliate them and reap hatred,” perfectly embodies this.

In short, and as Osama bin Laden once said, “When people see a strong horse and a weak horse, by nature, they will like the strong horse.” Confidence, assertiveness, and power are more attractive and breed admiration and emulation—particularly amongst those bred on primordial notions of might makes right, which has long been the central idea behind Islam—whereas timidity, weakness, and dissolution breeds contempt from those same people. 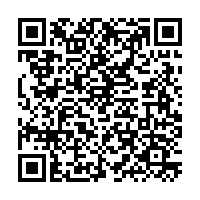