Virtually overnight, the coronavirus pandemic descended upon us, inflicting sickness and death. Not surprisingly, this depressed us and made us angst-ridden, as it did to others around the world. An unprecedented economic crisis, with massive unemployment, social dislocation and suffering, compounded our health concerns.


There is no complete solution in the short term although there is optimism that a vaccine will be created within a year. But even the most pessimistic doomsday prophets concede that, despite impending further tragic loss of life, humanity will overcome this challenge, especially as it is rarely lethal for younger people.

While understandably the coronavirus now dominates everyday life, we must continue to face our ongoing domestic and global security issues.

For the government, this includes not foregoing the once-in-a-lifetime opportunity of progressing toward applying sovereignty to the major settlement blocs and ensuring our security and borders.

For months, Prime Minister Benjamin Netanyahu repeatedly proclaimed that, in line with the Trump peace plan, he would apply Israeli sovereignty to all settlements and the Jordan Valley.

Although Netanyahu’s coalition partner, Blue and White, has expressed its desire to ensure that other international parties be consulted in the framework of the Trump plan, it has not reneged on its commitment to adopt it. Had Netanyahu sought to launch the plan, Blue and White would have been obliged to approve, even if subject to minor modifications. However, even before the second wave of the coronavirus swept the country, Netanyahu failed to advance its implementation.

The radical right’s rejection of the Trump plan is irrelevant. The plan provides for a demilitarized Palestinian state in which the Palestinians would be required to agree to an end of conflict, discard all claims against Israel, reject terrorism, dismantle the Hamas and terrorist infrastructures, cease all incitement against Israel, forego the so-called Palestinian right of return, and unconditionally recognize Israel as a Jewish state.

It is inconceivable that the Palestinians would ever accept such terms. But if in the far distant future they did, such a Palestinian state would not be a threat to Israel and would certainly be a massive improvement on the current state of affairs under the corrupt Palestinian Authority.

By refusing to contemplate even the remotest possibility of compromise, the far right sacrifices not only Israel’s long-term national security interests but also the continued viability of their own communities. There could be no greater example of self-destructive madness blinded by an uncompromising, irrational messianic zeal.

Most Israelis would not approve a solution in which all of Judea and Samaria, including large Arab populations, is annexed. The absorption of such a mass of hostile Arabs into the state with full civil rights would achieve the Palestinian objective of a binational state and the erosion of the Jewish state.

Despite the coronavirus, should Netanyahu proceed now with the Trump plan, the parameters of the national unity government would ensure his success. Even more importantly, subject to minor concessions, he would be able to obtain consensus with Blue and White, setting a long-term precedent of applying Israeli sovereignty to Judea and Samaria with international recognition led by the US. The US administration has indicated that it will provide full support to annexation of major settlement blocs and the Jordan Valley if supported by the Israeli consensus and within the framework of the Trump plan.

But Netanyahu appears to be prioritizing a short-term political need, compounded by the impending trial he faces, to freeze this issue. Indeed, he has hinted that if he does not achieve agreement with his coalition partner over the budget, this would trigger a fourth national election in November. In the meantime, he would continue leading a caretaker government.

This would be scandalous and intensify the current outrage over his behavior. It would impact on our battle against the coronavirus and would close the narrow window of opportunity that might never recur, to apply Israeli sovereignty over the major settlement blocs and enhance our security. The primary blame would rest with Netanyahu for pursuing his own interests rather than the national interest.

US President Donald Trump is currently concentrating on his re-election campaign and the coronavirus crisis. Israel may not be his major priority but if our government reflects the national consensus and speaks in a unified voice, Trump would in all probability still actively support the implementation of his plan and formally recognize Israeli sovereignty over the Jordan valley and settlements in Judea and Samaria .

We cannot rely on the backing of American Jews because, aside from the Orthodox, most have shown that their hatred for Trump far exceeds their support of Israel, which has now become a marginal issue. But the Christian evangelicals who back the Trump plan have tremendous influence on the current administration. They will have no political clout should Joe Biden win the presidency.

Indeed, should Trump lose the election, we are likely to be confronted with a radicalized Biden-led Democratic administration that would be far more hostile to us than was the Obama White House. The Democrats for the first time include a number of highly influential outright anti-Israel and even anti-Semitic elements.

Backed by the Europeans, they would see moral equivalence between us and the terrorists, and call for negotiations that take the 1967 boundaries as their starting point. They would accept at face value fake Palestinian peace statements made simultaneously with open calls to their people to intensify terrorism until the Jewish state is destroyed.

Biden has also pledged that he would seek to resurrect the infamous Iran nuclear deal, which would make Israel more susceptible than ever to pressure.

Until the US elections, we are in a unique position, with an American administration that is more supportive of us than any administration has ever been and that confronts the Palestinians on terror and their ongoing obscene financial rewards for Jew-killers.

We now have a so-called national unity government in which all parties pledged to accept the American peace plan. We should not allow Netanyahu to torpedo our chances for long-term security and viability.

Despite the coronavirus, we must take advantage of this United States initiative to accept a plan that enables us to incorporate into Israeli boundaries the large settlement blocs and the Jordan Valley. Failure to proceed will be viewed as a historical act of madness and an unforgivable betrayal by dysfunctional leaders who missed this unique opportunity because of short-term personal and political factors. Netanyahu must not dillydally. Even though Netanyahu deserves credit for the formulation of the Trump Plan, if the government does not act now, it will be recorded in the annals of history as having lost an historic opportunity that may never repeat itself. 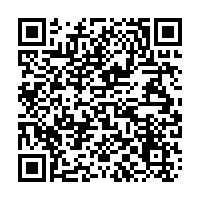