The video of Jewish soldiers running away during the Armon Hanatziv terror attack was difficult to watch.

Realistic or not, we expect our soldiers to be well trained, physically, and, more important, mentally, to charge and engage the enemy.


It’s all too easy to ignore that these soldiers are inexperienced teenagers, some with more training, most with less. And yet we expect them to respond properly, effectively and professionally to bewildering situations on a level of competence we’d expect from seasoned combat veterans.

The IDF has to invest a lot of time and effort to train combat soldiers to charge the enemy and then pull the trigger. For most people it’s not a natural act.

Most of the soldiers in the Armon Hanatziv attack had had minimal combat training, and were designated for deployment in office positions, “Jobnikim,” in IDF slang.

In addition, it would be foolish to assume that the Elor Azaria trial which has torn up the country for close to a year did not impede their reaction time, compelling them to think ten times before charging and opening fire.

However in a civilian milieu, even experienced security personnel must think three times before pulling the trigger, in case their target is actually an innocent civilian.

There were also heroes.

Lessons will be be learned from this incident, just as the IDF learned from previous ones. There will be investigations and consequences, as there should be.

Unfortunately, our suicidal enemy will still invent new, different and evil way to attack us.

In our war against Islamic terror, we must not drag our soldiers to court like common criminals, or shame them in social media.

Sgt. Elor Azaria last March and the soldiers in Armon HaNatziv on Sunday had to deal with an evil enemy in a very complicated situation, and whether or not their responses were picture perfect, or even warranted, they were acting in the service of our country. To treat them any other way is to invite more confusion and, inevitably, more victims of terrorism.

May all our wounded soldiers have a Refuah Sheleimah – a healthy and complete recovery. 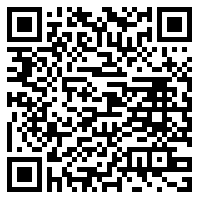