At the same time the Obama administration was condemning the lawful construction of apartments in a Jewish section of Jerusalem, the president was giving his blessing to illegal settlement elsewhere, seemingly unaware of the troubling irony.

In a major story that received little notice, Homeland Security chief Janet Napolitano announced on November 13 that the administration plans to grant amnesty to approximately 14 million people living in the U.S. illegally.

Illegal immigration is an exceedingly complex issue with no easy answers (and even some leading conservatives like former President George W. Bush and Senators John McCain and Lindsey Graham favor what Napolitano euphemistically called “a fair pathway to earned legal status”). But what no one disputes is that such immigrants broke the law. They are illegal settlers.

In striking contrast, when it comes to Jews in Jerusalem, President Obama’s policy is to stigmatize legal residents as trespassers. A mere four days after the amnesty-for-illegals announcement, White House Press Secretary Robert Gibbs issued a statement that “we are dismayed” at plans to add 900 apartments in the Jewish neighborhood of Gilo. (President Obama delivered a conspicuously more tolerant message to the Muslim world in his celebrated Cairo speech when he said, “America does not presume to know what is best for everyone.”)

Obama added another layer of irony when, the same day his administration warned Jews not to build in Jerusalem, he stood alongside Chinese President Hu Jintao and announced U.S. recognition “that Tibet is part of the People’s Republic of China.”

American supporters of Tibet reacted by carrying protest signs accurately proclaiming, “Tibet is not a part of China.” The non-governmental organization Free Tibet points out that a half-century of illegal occupation and genocide “has resulted in the death of over one million Tibetans, the destruction of over 6,000 monasteries, nunneries and temples, and the imprisonment and torture of thousands of Tibetans . Tibet, before occupation, was a nation with an established sovereign government, currency, postal system, language, legal system, and culture. Prior to 1950, the Tibetan government also signed treaties with foreign nations ”

While past administrations have signaled acceptance of the status quo through normalized relations with the communist regime, Obama is the first president to publicly endorse the illegal occupation.

One day later, still in China, Obama told an interviewer that apartment construction for Jews in Jerusalem “embitters Palestinians in a way that could end up being very dangerous.” His warning seemed to preemptively blame future victims of terrorism for bringing it upon themselves. It chillingly echoed the reaction of Islamic Jihad leader Daoud Shihab to last year’s terrorist murder of an 86-year-old man in Gilo: the killing was “a natural response [emphasis added] to crime of the occupation in the city of Jerusalem ”

If Obama had been president 50 years ago, would he have reprimanded African-Americans as troublemakers for moving into a particular neighborhood because it would offend dangerous racists who would rather lynch them than co-exist with them?

Yet it should come as no surprise to see Obama chastise Jerusalem’s Jews for lawful construction while conferring legitimacy on actual illegal settlers in the U.S. and elsewhere. Perhaps the simplest explanation is the correct one – that he has been guided for most of his life by mentors with a callous anti-Israel bias, and we are now seeing the predictable results.

After all, incredible as it might sound, there is no substantial difference between the pro-terror “missed warning signs” displayed by Fort Hood mass murderer Nidal Hasan and the conduct of Obama’s longtime pastor Rev. Jeremiah Wright, who gloated over the 9/11 attacks as richly deserved payback.

Wright’s pro-terror advocacy, as Hillary Clinton pointed out in a little-noticed campaign debate, included “giving the church bulletin over to the leader of Hamas to put a message in” that included a defense of suicide bombings as “legal resistance” and praise for the Hamas charter. Another church bulletin disseminated bizarre anti-Semitic blood libels – “Israeli death squads” hunt down civilians; Israel commits “genocide and ethnic cleansing every hour of the day” and “worked on an ethnic bomb that kills blacks and Arabs.”

Unfortunately, Wright, whom Obama revered as “a sounding board for me to make sure that I am speaking as truthfully about what I believe as possible,” was not an aberration. 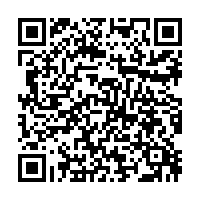