Sun Tzu’s pearls of wisdom still hold true for many who have waged war, and this quote is no exception.

The recent events surrounding the kidnap and subsequent return of the Druze teenager Tiran Fero from Jenin are a case in point.

For many decades now, when an Israeli has been kidnapped, the Jewish State has entered into laborious negotiations about the price it is or is not willing to pay for the hostage’s return. The Palestinian Arab and Lebanese terrorist organizations know this in advance, and have a strong hand in their list of demands, many of which Israel has conceded to in the past.

When Fero was kidnapped, dead or alive, the Druze community did not sit around and wait to hear demands. They did not start to negotiate; they sprang into action.

They knew the path to victory was to apply the language of force.

There are varying reports of measures that members of the Druze community used to secure the release of Fero, from threatening to march on Jenin, cutting off vital intersections to the Jenin economy and kidnapping Palestinian Arab laborers and sending out threatening videos about what will happen to them if Tiran was not released.

Israeli media posted a video of a group of masked Druze men with guns threatening to enter Jenin to retrieve the body if it was not released by Thursday morning.

The threats were genuine and palpable.

The threats were very real and palpable. We know that they were also successful, as the body of Fero was returned on Thursday.

We know they were also successful, as the body of Fero was returned on Thursday.

There was no ransom or price paid; the body was released and returned.

In this episode, there is a lot to be learned.

We have been told for a long time that threats and violence do not work with terrorist organizations, and there are very few pressure points which can work to Israel’s advantage.

We are constantly being told that negotiations, diplomacy, and compromise are the only paths to achieve something in this region.

In fact, history has shown the opposite is true.

This might seem shocking for Western onlookers and lead to much pearl-clutching, but to win in the Middle East, the victor must use all tools at their disposal and demonstrate a ruthless streak that is believed will harm the interests of their adversary.

The adversary must believe that they will gain more by surrendering than by holding fast.

This is what happened when the Druze community rallied to secure the release of one of their own.

It was a great display, not only of solidarity but of a commitment to victory at all costs.

The Palestinian terrorists must have believed the Druze would follow through on their threats because the release of Fero was almost immediate.

Of course, holding a body in Jenin and holding captives in Gaza or Lebanon are not the same. An actionable rescue plan is far easier in Judea and Samaria than elsewhere, and this must be taken into account.

However, the point still stands, and the chronology of events demonstrates amply, that even the threat of overwhelming violence can achieve what diplomacy can not.

The Druze have not adopted Western qualms about war, conflict, victory and defeat. They saw one of their own needed help and they went to great lengths to obtain a satisfactory outcome.

They mapped out the path to victory before they went to war. They showed the enemy their defeat if a conflict had broken out, and the Palestinian terrorist organizations cowed under the pressure.

With all of the IDF’s budget, training, strategy and tactics, it has sadly not achieved such a victory in such a short amount of time for many years. It has become hamstrung by Western diktats, concern about the international community, and a loss of a sense of victory.

Long since gone are the days of Operation Entebbe and Operation Wrath of God. These were operations whose aims were single-minded and designed to achieve their difficult objectives before a single person had been dispatched.

This is the spirit that Israel must recapture if it is to have any hope of emerging victorious against violent Palestinian rejectionism and terrorism.

The Druze have shown us how.

Now, we must learn how to win before going to war again. 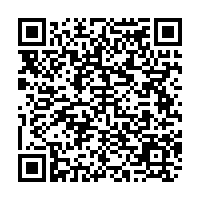