Let me explain. In the yeshiva world, [secular] education is considered a nuisance. The boys are expected to learn and follow the mores of their group. Marry young, have your wife work, and get support from parents and in-laws. I’m not criticizing this approach. It’s clearly working for thousands of young couples. And I’m not suggesting that it’s not sustainable, because Hashem provides livelihood. However, this system would make no sense to the Modern Orthodox, who are rationalists. They look at the practicalities of raising families and recognize that you probably must earn at least $500,000 a year, between yeshiva tuitions, mortgages and simchas, etc. To make that type of dough, it’s understood that higher education is required, and once that becomes a premium, you face the type of problems that Mr. Ciment is discussing. People must realize that while there’s no stigma for children of chareidi families to live on the government dole, that’s not the case for the Modern Orthodox.

Let’s put it this way. Imagine, chas v’sholom, that all the government programs ended and there was no more free lunch. Would the yeshiva world then blithely tell their children to go to college? That’s highly unlikely, and so it’s a bit disingenuous for Mr. Ciment to tell Modern Orthodoxy that it must change and model itself after the chareidi world. What I would propose is that systems be put in place so that when Modern Orthodox kids go to college, they have chavrusas so that they don’t lose their connection to Yiddishkeit. This could be done online irrespective of the college one attends.

There is much consternation and anguish over New York state officials trying to impose curriculum standards in Orthodox yeshivas (Jewish Press e-Edition, September. 16).

The prospect of state officials dictating what should be taught in religious schools is a form of dictatorship, and I certainly oppose it. But I do think they have the right to issue standards and guidelines so that students from different schools are learning on a level playing field.

I also think that some yeshivas may share part of the blame for this conflict. They want to maximize ”Torah” studies and minimize “secular” studies. However, the Torah and the Talmud are involved in almost all facets of human activity: art, music, agriculture, mathematics, philosophy, history, business, justice, health, medicine, science, etc. The list is endless. These “secular” fields are therefore all integral parts of Torah. They are not separate fields. So, for yeshivas to separate “Torah” studies from “secular” studies, seems arbitrary to me, and may be doing a disservice to the yeshiva students.

I returned from the Republican Jewish Coalition Convention and I mentioned to my Democrat friend something very significant. While Florida has more people than New York State, it has fewer than half the state employees of New York State. In addition, the cost to New York State is far more than double that of Florida. He said: “That’s because New York has a higher cost of living.” Then I told him, “Now you know why.” 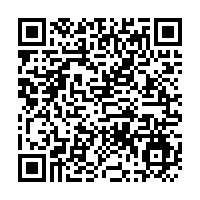