The fact that Yuli Edelstein chose this time – with no elections on the horizon or pre-planned primaries ahead – to challenge former PM Benjamin Netanyahu for Likud’s leadership, is first and foremost a courageous move that has undoubtedly left others who aspire to succeed the longtime party chairman jealous.

Edelstein’s move has plunged the Likud into a new reality of challenging Netanyahu’s leadership while he serves as opposition leader, sans the power he wielded as prime minister. The last Likud member to face off Netanyahu was Gideon Sa’ar, who lost in the party primaries and split to form New Hope, may have made his way into the government, but his faction’s future is shaky, at best. The lesson here is to put up a decent, fair fight that does not burn bridges and leave political casualties in its wake.

Still, sometimes there is a fine line between courage and wisdom. Not every brave person is necessarily smart, and vice versa.

Edelstein’s move catches Netanyahu at a sensitive point in time, as someone who is fighting for his place in the Israeli public opinion after being stripped of the coveted title. Ostensibly, this would be the best time to attack – sharks prefer the bleeding fish over the healthy ones.

However, the Likud DNA may prove once again that it works differently. The party tends to rally against its leaders rather than turn on them and more often than not, those who dared to cross the line and challenge the leader pay the price.

In the three months since Netanyahu was ousted from power, his status has only grown stronger. 20,000 people joined the Likud because of a census he promoted – meaning they joined because of him. Likud is growing stronger in the polls, which attests to his position among the public, and is certainly reflected in the party as well. So the question of Edelstein’s timing is puzzling.

Contrary to the opinion of Netanyahu’s loyalists who are already going after Edelstein, trying to present him as subversive and exclude him from the party consensus, the announcement was good for Likud. It increases competition and can wake up the situation on the ground – a critical issue ahead of general elections.

On the other hand, it may also be dangerous for the party, if it turns out that the whole deal is to prepare the ground for members to split from the party and joining the government.

The question is whether Edelstein’s move was driven by cold political consideration and his desire to simply beat MKs Nir Barkat, Avi Dichter, and perhaps others to the punch, or whether he is driven by the recently soured relationship between him and Netanyahu. Many of the former prime minister’s rivals found themselves devoid of political options soon after choosing to act from the gut.

It will be interesting to see Edelstein, who was all but shunned in left-wing circles and the media over the fact that he was the first speaker in the history of the Knesset to snub the High Court, will now be embraced only because he moved to the “right” side – the side of Netanyahu’s opponents.

Netanyahu may not lead the country, but he continues to be the axis around which everyone revolves. 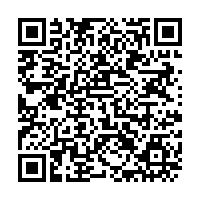