More than three months after the U.S. State Department began an investigation into who etched a swastika into a wood panel inside one of its elevators, the vandal is yet to be identified.

State Department spokesman Ned Price was reminded of the incident during a briefing on Tuesday in a question from Associated Press state department correspondent Matt Lee, who noted that a long time has passed without news of a resolution.


Price responded that there were no updates, but that it remained a priority for the department.

“Our diplomatic security remains engaged in this investigation. As you know, immediately upon discovering this horrific symbol in the building, [U.S. Secretary of State Antony Blinken] ordered an investigation,” said Price. “They have resorted to a number of investigative techniques. We are also taking into account what other practices, procedures, tools we might implement here in the building to help us in the course of any such future investigations, hoping that we don’t need to resort to that.”

The swastika was noticed on July 27 in an elevator near the office of ambassador-at-large to monitor and combat anti-Semitism with its discovery eliciting condemnation from American and Israeli officials. 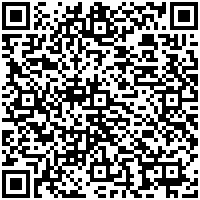