With the Syrian civil war raging on Israel’s northeastern border, the strategic importance of the Golan Heights to Israeli security is clearer than ever. Key to Israel’s winning this land in the Six-Day War was Mossad superspy Eli Cohen, whose bold and cunning exploits several years before were an integral part of the 1967 miracle. He ranks among our people’s greatest heroes.

It was 50 years ago last month, on May 18, 1965, that Eli Cohen, married and the father of three, was hanged before thousands of cheering Syrians in Damascus’s Marjeh Square. He had endured harsh interrogation and torture, divulging nothing to his captors. World leaders, including the pope, beseeched the Syrians to spare Cohen’s life, to no avail. After the hanging, his body, wrapped in a placard covered in anti-Zionist epithets, was left dangling from the gallows for hours.


For decades Syria has scorned Israel’s appeals to allow Cohen’s body to be brought back home. On her deathbed, Cohen’s mother begged his brother Maurice to never stop trying to bring Eli’s remains home to Israel for a Jewish burial. Maurice died in 2006, unable to fulfill his mother’s dying wish. His surviving family continues the fight.

At a memorial ceremony for Cohen in Israel on May 18, Prime Minister Netanyahu promised that Israel will not rest until it brings Cohen back to land he died for. He talked about Cohen’s legacy, saying, “Children are named after Eli, streets and neighborhoods across the country commemorate his memory.” He also pledged to push to include Cohen’s story in the Israeli school curriculum so that it will not be forgotten by future generations.

Cohen was born in Alexandria, Egypt in 1924 to Syrian-born parents. In 1949, Cohen’s family immigrated to Israel because of anti-Jewish persecution blazing across the Muslim Middle East. They became part of the Jewish exodus from Arab countries that saw the ancient Jewish communities in the region largely ethnically cleansed, with more 850,000 Jews fleeing for their lives. More than 580,000 came to the new state of Israel. But Eli remained in Egypt, continuing his university studies, becoming involved in clandestine work for Israel, and helping Jews emigrate. Finally, in 1956, he made his way to Israel, settled in Bat Yam, and married Nadia Majald, an Iraqi immigrant.

In May 1960 he was recruited by a military intelligence unit and trained as a spy. He was sent to Argentina to establish a cover identity – that of Kamal Amin Ta’abet, an expatriate Syrian businessman. Speaking with the same Syrian Arabic dialect and accent used by his parents, he was a perfect fit for this identity.

After solidifying his cover and building contacts for two years, he moved to Damascus. He rented an apartment near Syrian army headquarters and befriended hundreds of high-level Syrian military and government officials. Through these relationships he was able to gather vital intelligence and report back to Israel via radio transmissions. Posing as an importer/exporter gave him the excuse for frequent trips to Europe during which he was able to smuggle documents detailing Syrian troop movements and the placement of traps meant for Israeli tanks in a future war scenario.

His most famous accomplishment was collecting strategic data on repeated visits to the Golan Heights. At that time the Syrians would not only periodically shell the Israeli farms in the valleys below, they were also building up fortifications to be used in the next war against Israel. From those visits Cohen was able to provide Israeli officials with photographs and sketches of Syrian positions. He even convinced the Syrians to plant eucalyptus trees for shade at bunkers and military emplacements. Later, during the Six-Day War, these trees were used as target markers by the IDF, enabling Israel to knock out fortifications and more easily capture the Golan Heights.

In another significant feat, Cohen discovered Syrian plans to sabotage Israel’s then almost-completed National Water Carrier project. After Israel thwarted a number of attempts at sabotage, Syrian officials began to suspect a spy had infiltrated their upper ranks. Unbeknownst to Cohen, the military imposed a brief period of radio silence in an effort to root out the mole. On January 18, 1965, Syrian secret police barged into Cohen’s apartment just as he was sending a radio transmission to Israel.

Much has changed in the half century since Cohen’s execution, but the seething hatred of Israel on the part of its neighbors has remained the same.

The Syrian civil war, with well over a quarter of a million dead so far, and unspeakable atrocities committed by all sides, is raging just beyond the Golan Heights. If Syria still held this territory, the consequences for Israel would be dire.

At the memorial service for Cohen, Netanyahu elaborated on the spy’s accomplishments: “Imagine the Syrian army or rebel forces or extremist Islamic terrorist organizations or Hizbullah, under the command of Iranian generals, coming down from the Golan Heights to the Kinneret and the valleys of the north. Thanks to Eli Cohen, this has been prevented.”

Our people owe Eli Cohen an everlasting debt of gratitude, and we must never forget his heroism and sacrifice. 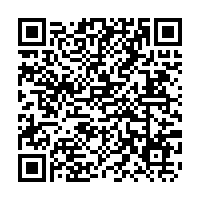